The annual report from digital agency We Are Social provides data from 240 countries for a detailed profile of worldwide social, mobile and digital penetration 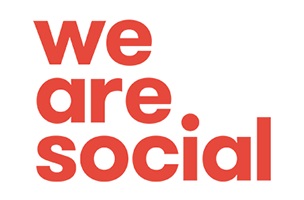 No doubt social media has grown from what some considered a fad to an important communication medium. The annual report from digital agency We Are Social provides statistics of worldwide social, mobile and digital penetration, demonstrating just how far social has come — with indicators for the future.

According to the report, Internet use has grown from 35 percent to 42 percent worldwide. While nearly 90 percent of the North American population is connected, this number only represents 10 percent of the total internet population.

The report also indicates that the growth of mobile may have a huge impact on the growth of Internet and social media use worldwide. While Web traffic from laptops and desktop computers grew 13 percent, traffic from mobile devices and tablets grew 56 percent.

Social media use has grown 19 percent, according to We Are Social, with more than 2 billion active users worldwide. This means 29 percent of the world’s population is now active on social media.

Check out the full report for more statistics on digital, social and mobile use around the world.