Rep. Debbie Wasserman Schultz claims that several mainstream media outlets -- particularly MSNBC and CNN -- have been partial in their coverage of the Israeli-Palestianian conflict 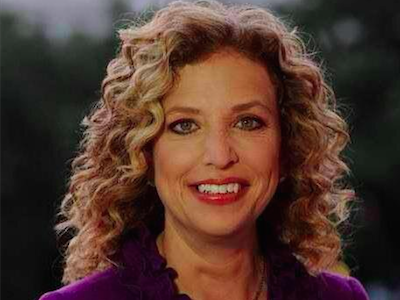 In a recording obtained by Shark Tank, a Florida-based political blog, Wasserman Schultz first alleges that “we (Jews) are the crux of the reason that they (Islamic fundamentalists) are engaged in that fight” — referring to “the global war on terror.”

Wasserman Schultz’s comments were made at a private meeting of Jewish-Americans in South Florida last week, in which she went on to accuse MSNBC and CNN of disproportionately highlighting the suffering of Palestinians, over that of “Jewish children.”

“Clearly they were highlighting what is Israel had done to Gaza and the plight to Palestinians, and my first thought was, ‘Where is the balance where is the spotlight on what Jewish children in Israel go through from being victims of rocket attacks?'” said the Congresswoman. “The media’s coverage, its not just MSNBC, I’ve seen it on CNN and even in the broadcast media, as well…”

Listen to the audio recording via Shark Tank.