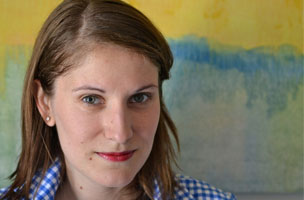 Everybody is talking about the Hollaback video, particularly women sharing their own experiences and men either defending themselves or seeking clarity about what qualifies as harassment. How do videos like this aid the movement from a media perspective?
I think these kinds of videos that go viral are incredibly valuable in terms of increasing awareness about issues that people otherwise wouldn’t think are important. Street harassment to a lot of people is not a big problem, but when you see that video, the discomfort that it creates in the viewer is an incredibly powerful thing. Even my husband found the video very uncomfortable to watch. At the same time, there’s also been a little bit of pushback on the video because of some of the racial implications. I think that’s also a really important conversation to have when we create this kind of viral media, in particular how we can make it the most inclusive to everyone’s experiences. Overall, to get the attention that it did, is fantastic. It kind of builds not only a network of folks pushing each other’s work out there, but also a network of folks engaging and talking about how to make our work better and learn from these moments in real, productive ways.

Fresh Speakers is a movement to shake up the conference circuit, gender-wise, cultural-wise and concept-wise. What do you look for in clients?
Courtney and I had been in the speaking field and witnessed that white dudes were not only making the most money, they were the majority of the keynotes. In the meantime, we’d been engaging and collaborating on the forefront of creativity, innovation and social change with people who didn’t just have really great ideas, but have been creating real impact in their field. Every person we brought onto Fresh Speakers we knew personally. We had been following and admiring their work for some time.

One of the big learnings we’ve had in our research is that a lot of folks are not happy with their speakers’ bureaus because they essentially don’t give them the time, energy and attention they want in terms of getting them more speaking gigs and really helping them hone their external identities and speaking skills. One of our speakers is a young man, Mohamed Ali, who is creating a peace movement and fighting terrorism through social entrepreneurship, which is incredibly unique. It’s something we’ve never heard of before. We’re looking for folks who are doing social change work that is new and innovative — and are cutting-edge in their field.

Do you consider yourself a “social entrepreneur?” How did you take what you already knew about the media from an editorial standpoint and shape that into successful businesses?
Absolutely, I would consider myself that. That’s actually something I’ve been thinking about a lot lately. This is the third company I’ve created. For many years, I’ve called myself a blogger and an activist and a strategist, but I realize after starting Fresh [Speakers] that I should start owning the term ‘entrepreneur,’ specifically a social entrepreneur. A lot of the ones you see come from a corporate background. I had the reverse experience. I was an activist first, then became an entrepreneur.

Because I’ve been deeply involved in media for the last 10 years, I’m always thinking about what’s next. There’s a lot of exciting stuff happening, particularly for gender justice and the feminist movement. But there aren’t a lot of solutions being discussed. We can use this moment and these movements being created through the power of online media and online activism. Never before in straight-up activism have we been able to mobilize thousands of people in a matter of minutes, right? We’re able to think about how we can take these moments and create solutions for change as opposed to just having the conversation.

How important is it to not only get men to embrace gender equality, but also make them an active media voice and presence in support of it?
It’s incredibly important because gender issues are not just about women. For the feminists of the past, that was the case and, obviously, that still exists to a large degree. But there’s a large number of men talking about masculinity and violence against women. It’s particularly important for men to be part of that conversation because they have the power to create a culture where they hold each other accountable for their actions through education and bystander intervention. There are fantastic men doing admirable feminist work, like Jimmie Briggs from the Man Up Campaign and Mychal Denzel Smith from Feministing and The Nation. They’re really providing a voice for other men to engage with and care about feminist issues because, frankly, those are the voices that men will be better able to relate to and understand.

What has been the greatest lesson in building your media business?
We can’t make the impact that we want to unless we collaborate. There are folks doing incredible work, particularly in feminist media, but they’re working in silos. There’s opportunity now more than ever for us to produce systemic change, not just these ad hoc reactions and really powerful moments. I’ve made the most impact in my work by partnering with other people, helping to lift each other up. I’m a collaborative person by nature, but when I partnered with Courtney to start Valenti Martin Media, it created this shift. She provided this skill set that was unique and complemented mine. That partnership has been tremendously valuable in my career.