Facebook urged the Ninth U.S. Circuit Court of Appeals in San Francisco to uphold the $20 million settlement of a class-action lawsuit over the use of users’ images in sponsored stories, Mediapost reported, citing a filing with the court last Friday. 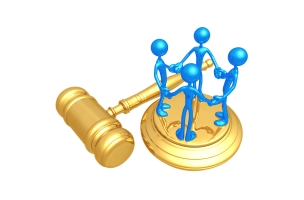 Facebook urged the Ninth U.S. Circuit Court of Appeals in San Francisco to uphold the $20 million settlement of a class-action lawsuit over the use of users’ images in sponsored stories, Mediapost reported, citing a filing with the court last Friday.

The settlement was challenged by nonprofit groups in February, with Public Citizen and Campaign for a Commercial-Free Childhood expressing concerns over the use of minors’ images without the consent of their parents.

Facebook said in the filing, as reported by Mediapost:

A settlement is by its very nature a compromise, and compromises never please everyone. A small handful of the approximately 150 million potential class members continue to object to the compromise, but the now-standard presence of objectors does not show that the district court abused its broad discretion in approving this settlement.

The social network agreed to pay $15 each to some 600,000 users whose images appeared in sponsored stories, as well as to obtain the consent of at least one parent before using minors’ names or images in ads. Although sponsored stories were scrapped April 9, users’ names and images can still be used in page like ads.

The objecting nonprofit groups argued that the use of minors’ names and images violated laws in seven states, but Facebook countered, as reported by Mediapost, that teens have the right of free speech to communicate that they like brands, adding in the court filing:

There was no clear violation of existing law, but rather an ongoing, hotly litigated dispute, such that the settlement reflected a compromise that avoids for both parties the (risk and expense) of obtaining a ruling on the merits.

On the subject of the Children’s Online Privacy Protection Act, the social network added:

Because Congress made a considered judgment that the online activities of teenagers should not be subject to any blanket parental consent requirement, any state law that treats this issue in a manner inconsistent with this … must yield.

The Federal Trade Commission disagreed, however, saying in a friend-of-the-court brief, as reported by Mediapost:

Nothing in COPPA’s language, structure, or legislative history indicates that Congress intended for that law to pre-empt state law privacy protections for people outside of COPPA’s coverage, including teenagers.

Readers: Will this lawsuit ever be resolved?