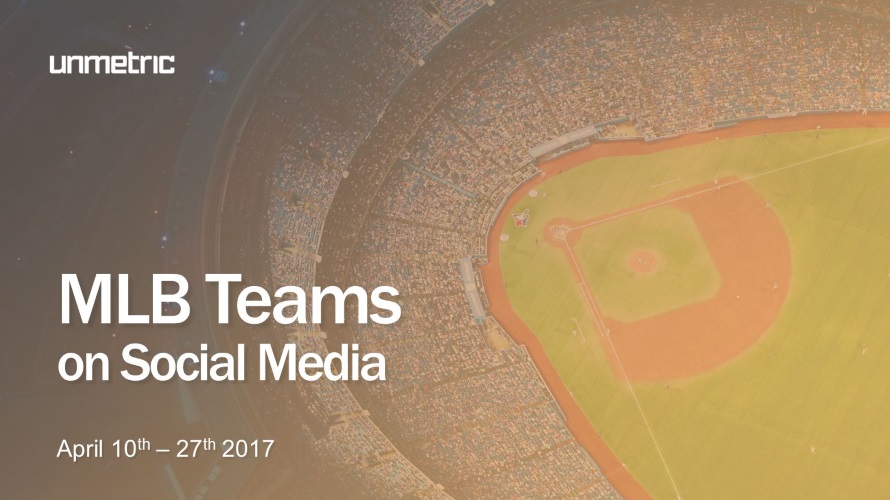 The Toronto Blue Jays saw the most overall growth among Major League Baseball teams on Facebook from April 10 through 27, while the Colorado Rockies picked up the most Twitter followers and the Instagram growth pennant went to the Cleveland Indians, according to social marketing firm Unmetric.

Unmetric examined its cross-channel reports for the period of April 10 through 27, and it found that: 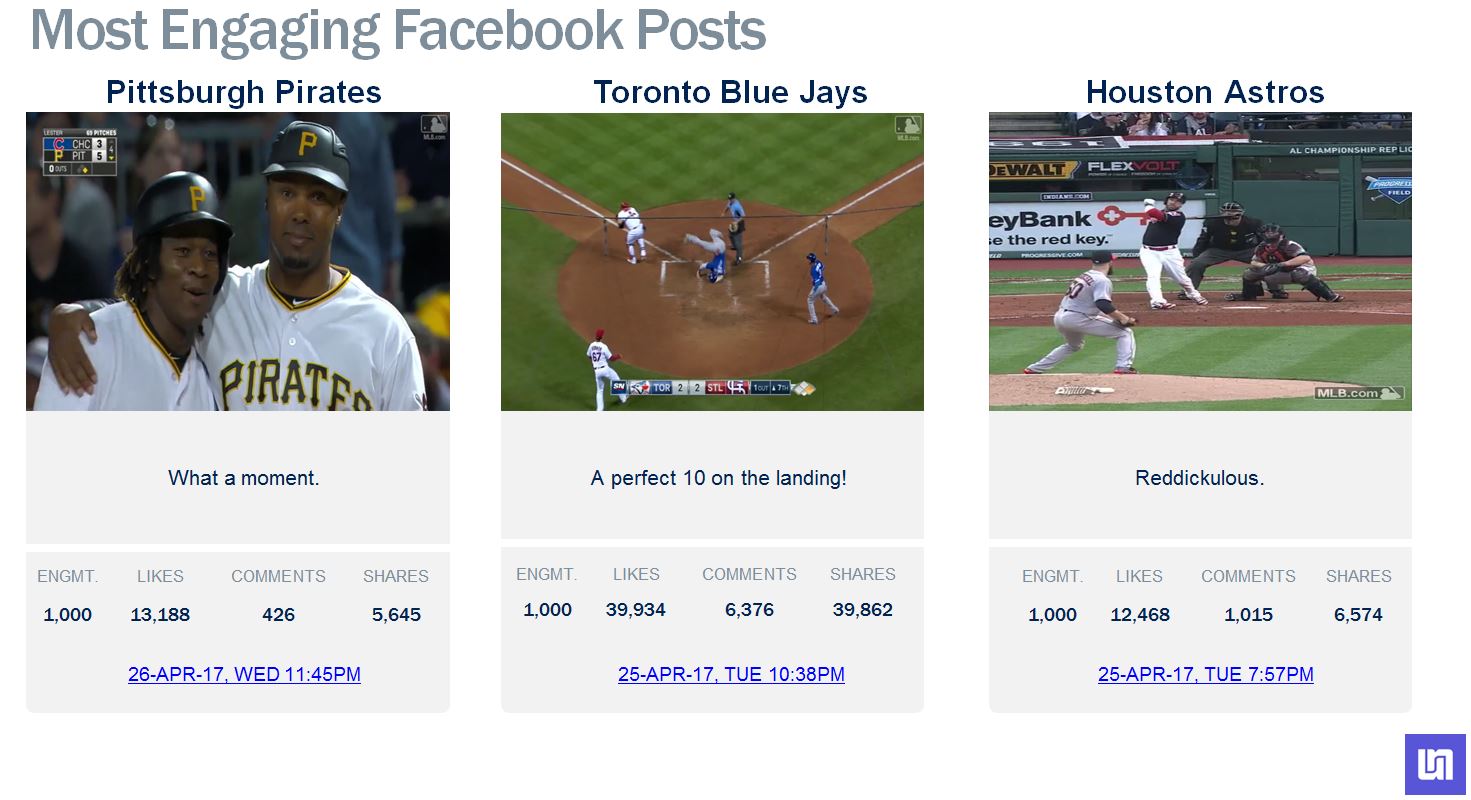 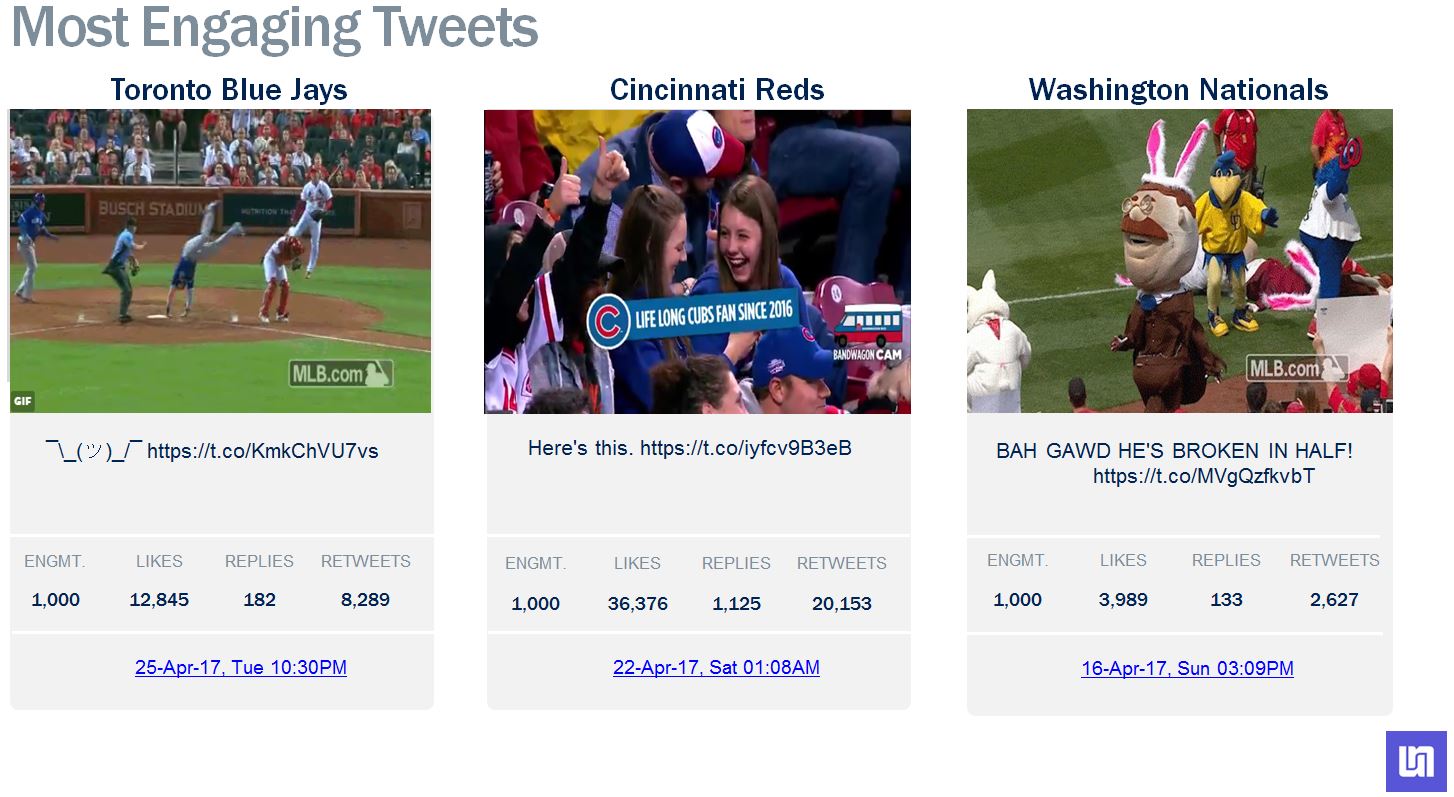 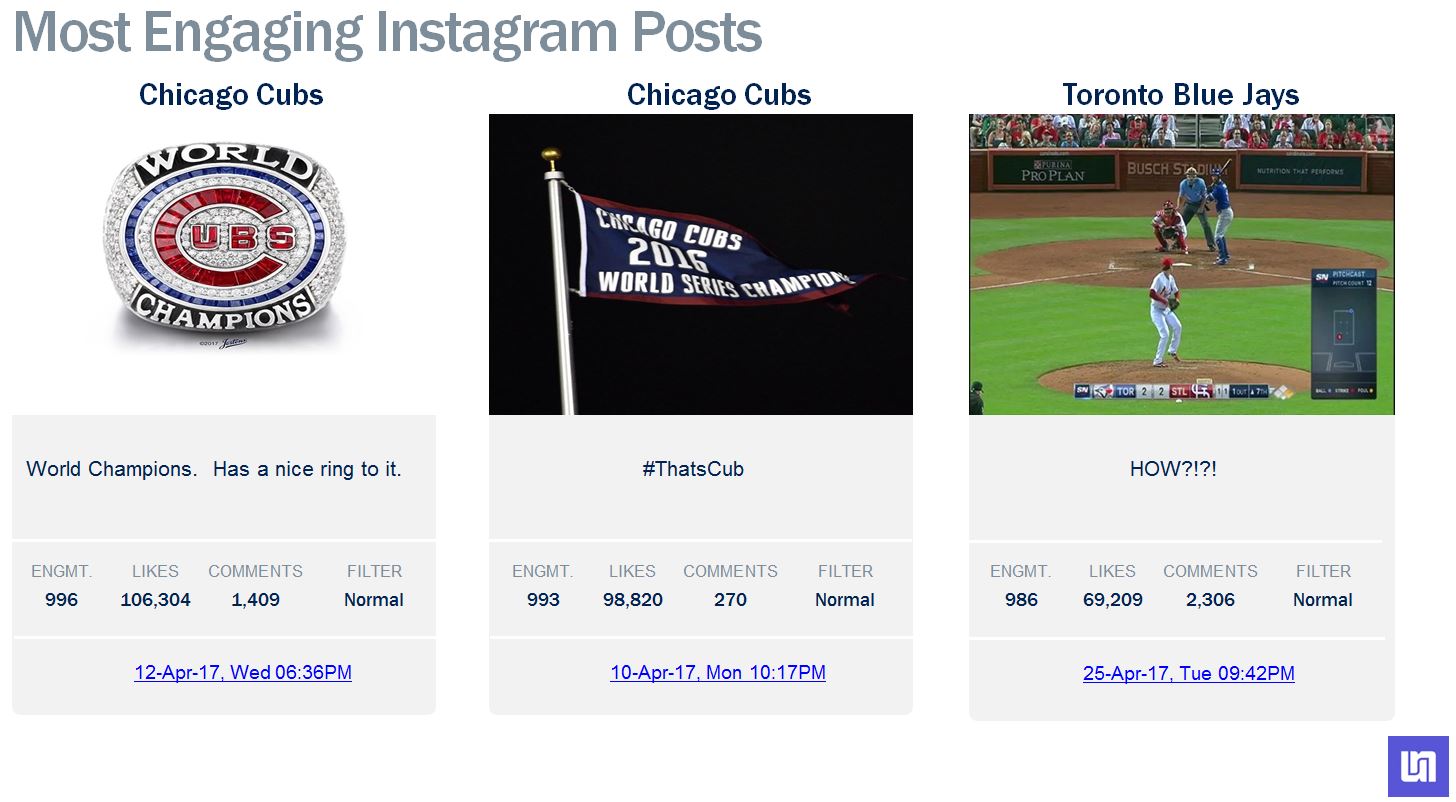