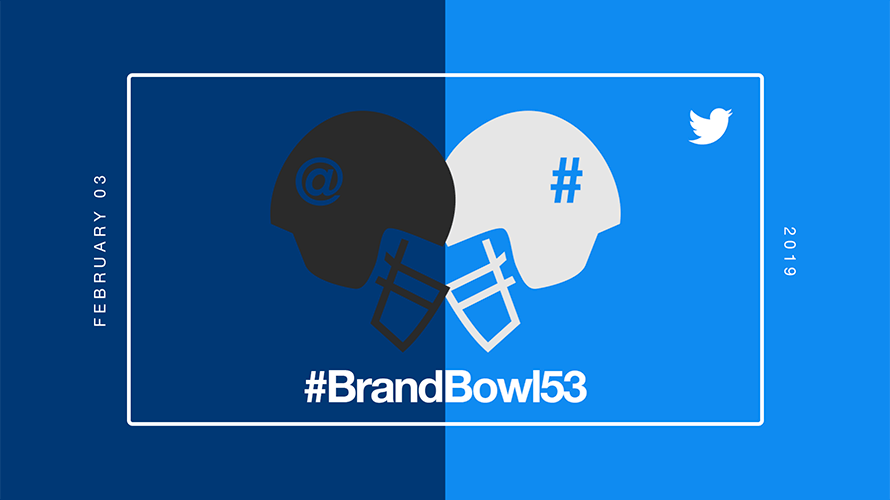 The Super Bowl LII champion Philadelphia Eagles will not get the chance to defend their title at this year’s Big Game, but will Pepsi, Doritos, Mountain Dew or Ally Bank become repeat winners at Twitter’s second #BrandBowl?

Twitter cited data from Comscore saying that it saw a 19 percent increase in unique visitors compared with the average of the prior three Sundays during the past Super Bowl, spurring a total of 4.8 billion impressions on and off Twitter, while other social platforms experienced declines.

Head of U.S. brand strategy Ryan Oliver said of #BrandBowl, “We wanted to have a program in place that could really celebrate the brands that are being talked about on Twitter and got Twitter talking during the Super Bowl.”

Brands enter #BrandBowl by contacting their Twitter client partners. Oliver said 90 percent of advertisers during last year’s Big Game participated in the first #BrandBowl, adding that brands see an average 31 percent increase in engagement on Twitter when they use it to complement live events.

Twitter said a team of data scientists from its semantic core team will analyze conversations on its platform “from coin flip to the final whistle of the game,” and they will determine the winners of #BrandBowl53. The social network would not specify how many team members there will be.

Winners will be named in five categories:

Pepsi dominated the first #BrandBowl, as its flagship brand took home the #MVP title for its #ForTheFans throwback ad and #PepsiHalftime Twitter strategy, while the #Blitz award went to its Doritos and Mountain Dew brands for their co-branded ad featuring Peter Dinklage and Morgan Freeman.

Jurassic World took the #Quarterback award last year for its trailer, while the #Interception award went to Ally Bank for its interactive game that made it rain green over people’s Twitter feeds.

While it did not receive one of the top four awards, last year’s Super Bowl darling, Tide, did win for the CPG vertical.

Winners will receive “a suite of exclusive ad products and custom consumer research opportunities” from Twitter for use in their campaigns throughout the rest of 2019, as well as custom trophies for their headquarters and their media and creative agencies.

On the consumer side, Twitter users who like this tweet from @TwitterMktg will receive notifications in real time when new spots air during Super Bowl LIII, as well as notifications after each quarter guiding them to a Moment that will compile all ads that aired during that quarter.

#SB53 ads are happening. Don't miss a single one!

❤️ this Tweet to get alerts at the end of each quarter throughout the game with all the ads sports fans are talking about. pic.twitter.com/dyIgM4SQ3L