Advertising details are still being finalized 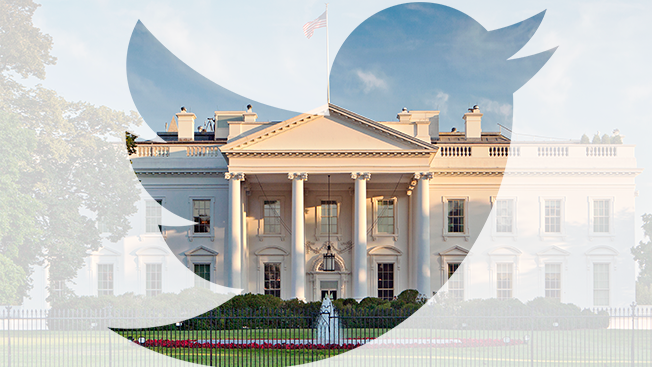 Twitter and CBS are planning to livestream the Republican and Democratic National Conventions later this month.

The companies announced plans today to run "gavel-to-gavel" coverage of each party's four-day event. First will be the RNC in Cleveland from July 18-21 and then the DNC in Philadelphia from July 25-28. Coverage will come from CBSN's digital streaming and also will be enhanced with convention-related tweets.

"Twitter is the fastest way to find out what's happening in politics and to have a discussion about it," Twitter Chief Financial Officer Anthony Noto said in a statement. "By bringing the live discussion of the Republican and Democratic National Conventions together with CBSN's live video stream of the proceedings, we believe we're giving people around the world the best way to experience democracy in action."

Twitter has been building up—and building out—its livestream capabilities with a number of high-profile events. Last week, the company debuted its first high definition TV event with live coverage of Wimbledon. This fall, it will stream 10 of the NFL's Thursday Night Football games, thanks to a $10 million deal announced in April. Twitter is also reportedly in talks with the NBA, MLS and Turner for other livestreaming rights deals.

Details of Twitter's advertising strategy for the convention have not been announced. However, if its playbook for the NFL games provide any hint, then the company could try to replicate its sales goal of $50 million in ad sales for the NFL slate. So far, Twitter has sold 60 percent of its inventory for the games, with brands like Sony, Bud Light and Bank of America signing on for a few of the dozen or so ad packages Twitter hopes to sell.

The partnership could help Twitter, which is struggling to grow its audience base at a pace fast enough to please Wall Street. In recent months, Twitter has increasingly focused on becoming more relevant during live events. The move into livestreaming could engage both the 310 million monthly used and the 500 million who visit the home page of the website to read "Moments" stories and other curated tweets.

This isn't the first time that the two companies have worked together on political content. In November, they partnered for a broadcast of a Democratic presidential debate, and in January, they did the same for a Republican presidential debate. Coverage from CBS included metrics, curated tweets and live questions submitted from voters for the candidates.

"CBS News will have the highest quality original reporting continuously throughout both conventions—we are very pleased that reporting will be so prominently featured on Twitter's live platform," according to a statement from CBS News president David Rhodes.