Fans can receive recaps in their notifications 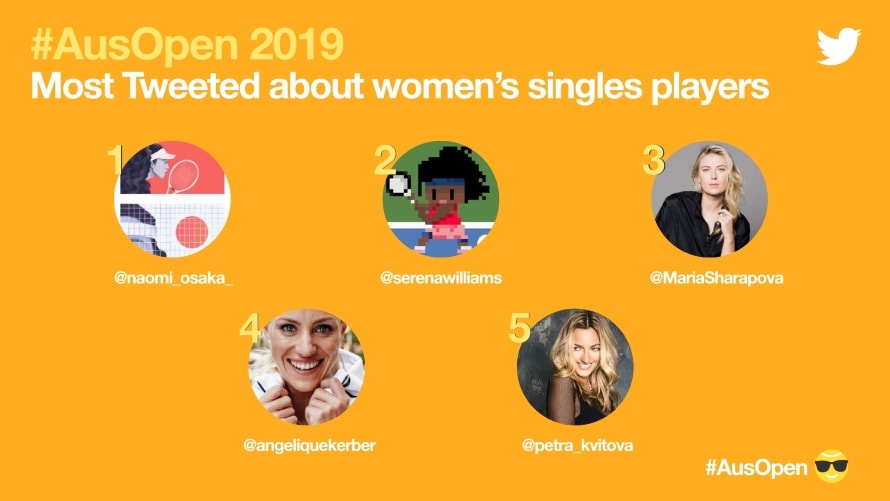 The first Grand Slam tennis tournament of 2019, the Australian Open, began play last week and runs through Jan. 27, and Twitter is giving fans a seat at center court.

The social network released hashtag-triggered emojis for the tournament, which will be added to tweets containing #AusOpen, #AOChampion, #GameSetMatch or #AOFiredUp.

Tennis fans who want Twitter to serve up Australian Open recaps can retweet or like this tweet to receive a wrap-up of the best tweets and reactions in their notifications following the completion of each round of play.

Get served the top #AusOpen tweets and reactions after each round.

❤️ or Retweet and we'll keep you posted! pic.twitter.com/IJzbQ8QjMJ

Twitter also created a special event page for the tournament, where fans can access news and highlights. People who have previously engaged with tennis content on the social network will see a link at the top of their timelines, or it can be accessed via the Explore tab or this tweet.

The @AustralianOpen is happening! Keep up with all the latest results, highlights and top stories right here. #AusOpen https://t.co/GuSZH86JtD

The page is split into three separate timelines—Recap, Top Commentary and Latest—and it also features a tweet prompt at the bottom, which is pre-populated with the #AusOpen hashtag.

Twitter said the most-mentioned women’s singles players since the start of 2019 are:

And the most-mentioned men’s singles players are: 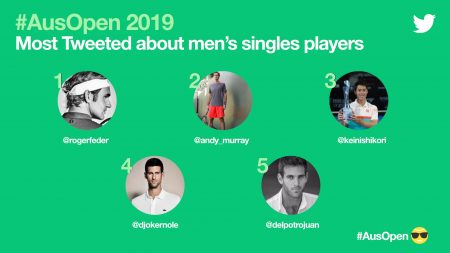