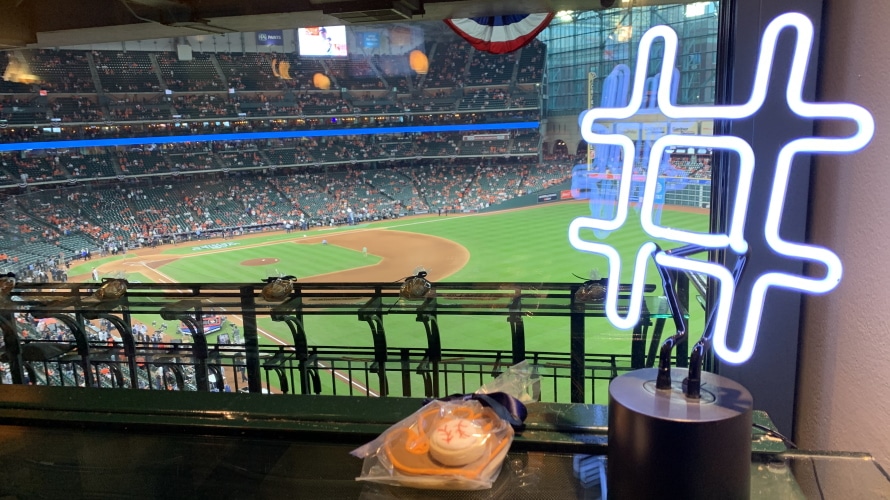 Twitter opened the doors to its Tweet Suite at Minute Maid Park in Houston for game two of the 2019 World Series Wednesday night.

Twitter Sports invited influencers to join them for the game—in which the visiting Washington Nationals throttled the host Houston Astros 12-3, taking a two games to none lead in the series—and a few fans got to join in on the fun, as well.

Some fans who tweeted with the hashtags #TweetSuite and #WorldSeries were direct-messaged by Twitter Sports and invited into the Tweet Suite. 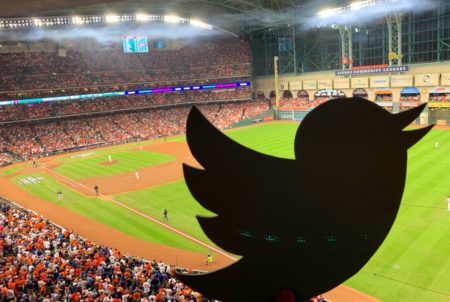 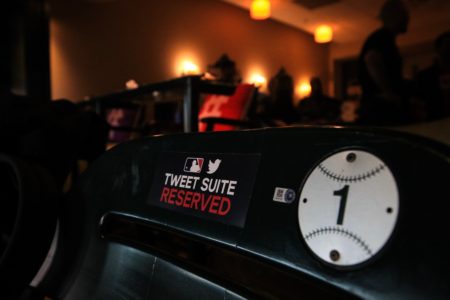 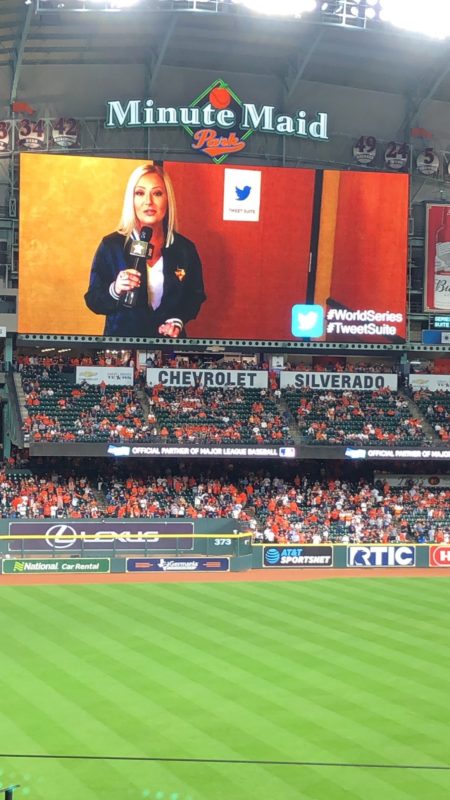 Twitter said the most-tweeted-about player during game two was Astros starting pitcher Justin Verlander, and the most-used hashtag besides #WorldSeries was #stayinthefight, the Nationals’ hashtag.

#tweetsuite #WorldSeries Standing room at the Crawford boxes hook a girl (and her veteran boyfriend) up!! pic.twitter.com/J3TvGmEAVk

Am I really here right now? I truly feel like there’s a glitch bc this kind of stuff does not happen to me

Twitter also shared tweets from influencers and the baseball community:

Wassup baseball world. We’re at Minute Maid tonight cuz the @TwitterSports folks brought in a bunch of goofy baseball internet people to tweet about the game.

An update: Juan Soto is good.

Sorry for the delay, I was extremely preoccupied with the dessert cart. #TweetSuite pic.twitter.com/OWilvDEoPJ

Stumbled upon an artist at work. @PitchingNinja ????#WorldSeries | #TweetSuite pic.twitter.com/IQGka5iTBs

Couldn’t dream up a cooler way to hit the halfway mark on the ballpark bucket list.

Huge shouts to my friends at @TwitterSports for helping me cross off number 15. ????#TweetSuite | #WorldSeries pic.twitter.com/9GV4oDCOvn

Today I am watching the World Series with Jamaal Charles... ???? pic.twitter.com/YsclVad9Jb

Today I am watching the World Series with this guy #TweetSuite https://t.co/euRfdGu8Pz