Twitter Begins Preparations for the 2020 Presidential Elections in the U.S. 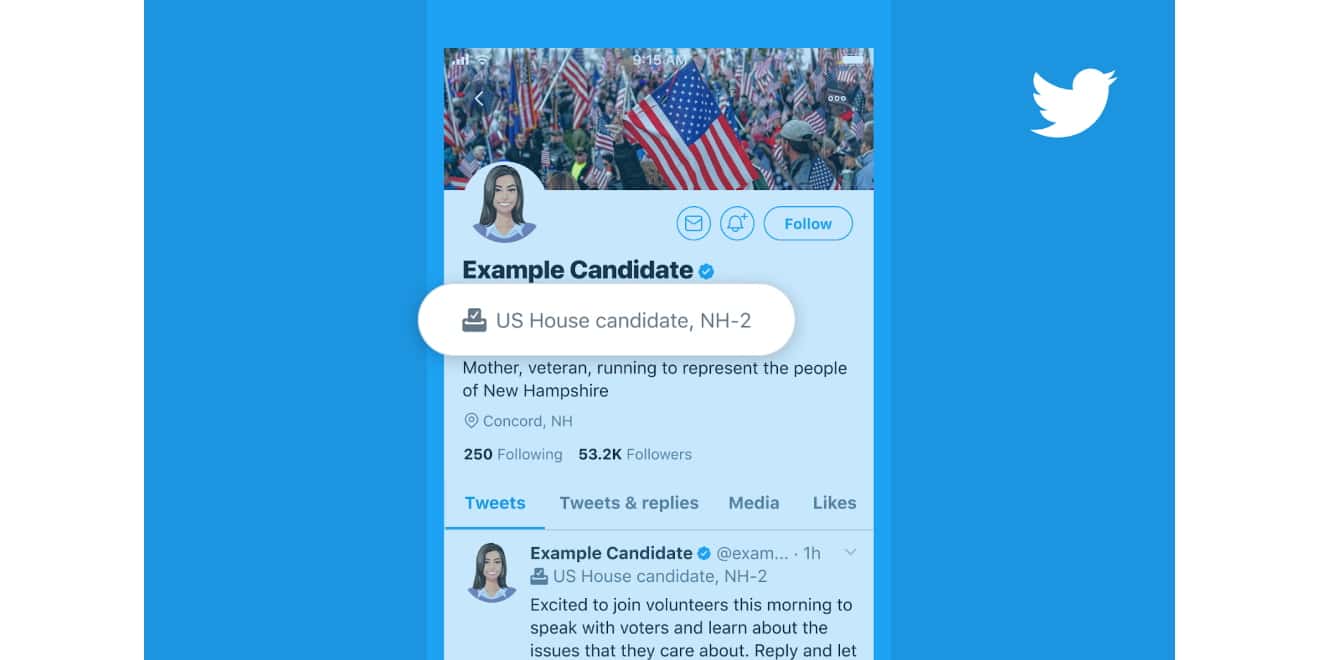 Twitter is gearing up for the 2020 U.S. presidential elections by bringing back the election labels it debuted in the run-up to the country’s 2018 midterm elections, as well as verifying the campaign accounts of candidates who have qualified for elections.

Public policy director Bridget Coyne said in a blog post Thursday that in the week before Election Day in 2018, people on Twitter saw labeled accounts roughly 100 million times per day, and 13% of election conversation on the platform included tweets with election labels.

The social network’s election labels will appear on the Twitter accounts of candidates who have qualified for the general election ballot for the U.S. House of Representatives, U.S. Senate or state governors in 2020.

They feature a small ballot-box icon and provide information on candidates including the office they are running for, their state and their district number.

The labels appear on candidates’ profile pages, as well as on every tweet sent and retweeted by their accounts, even if the content is embedded in sites outside of Twitter.

Coyne said election labels will be added to candidates’ accounts on a rolling basis beginning March 3, noting that states have different dates for caucuses and elections.

Starting this week, the accounts of candidates who qualify for the primary ballots for the House, Senate or gubernatorial races will be verified, also on a rolling basis.

The social network is once again teaming up with Ballotpedia—a civic nonprofit organization that publishes nonpartisan information on federal, state and local politics—to identify the legitimate accounts of candidates once they qualify for their respective elections.

Coyne wrote, “When voters look for the latest breaking news and political commentary during an election, they turn to Twitter to find it directly from the source. That can range from a journalist reporting from the campaign trail, a government office providing voting resources or a politician sharing their stance on an issue.”