The six-year-old photo-sharing host isn't prepared for a fight with Twitter and will shut down on September 25. 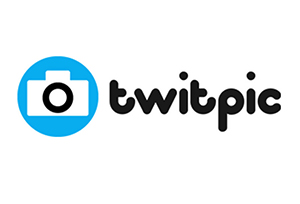 The popular photo-sharing host Twitpic announced today that it will be shuttering the six-year-old service on September 25. Twitpic founder Noah Everett was not shy about the reason for the sudden shut-down: Twitter.

“Unfortunately we do not have the resources to fend off a large company like Twitter to maintain our mark which we believe whole-heartedly is rightfully ours. Therefore, we have decided to shut down Twitpic.”

Twitter has recently been cleaning house when it comes to protecting their brand name and image, including changes to their API guidelines that have made it more difficult for some developers to work within the company’s rules. The fact that this was a trademark dispute would seem to indicate that Twitpic’s name was the problem here, but the response from Twitter doesn’t fully support that theory:

“We’re sad to see Twitpic is shutting down,” a Twitter spokesperson said in a published statement. “We encourage developers to build on top of the Twitter service, as Twitpic has done for years, and we made it clear that they could operate using the Twitpic name. Of course, we also have to protect our brand, and that includes trademarks tied to the brand.”

Six years is a long run in Internet time, and Twitter now has their own photo-sharing function we’re sure they would prefer users glom onto. Twitpic’s features were much more robust, however, so we’re surprised to see them give up without a fight. Twitter users already annoyed by the recent font flip-flop will now have six years worth of broken links to look forward to.