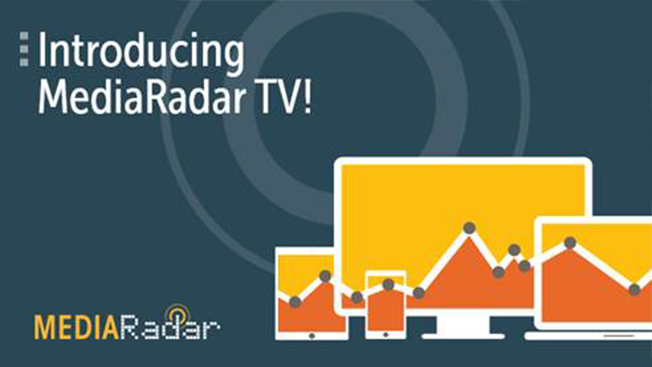 Whether it's reorganizing sales teams or combining upfront presentations, TV networks are looking at a more holistic approach this upfront season.

And now a new cloud-based platform hopes to make those pitches to ad buyers better.

MediaRadar, which has been tracking how advertiser dollars are spent across print, digital and mobile for clients including The Wall Street Journal and New York Post, is adding a television component. The tool will measure how brands are spending their ad dollars across 146 different national broadcast and cable channels.

Case in point: Reelz. The entertainment network is available in 67 million homes, but doesn't have multiple channels to sell across. So their pitches to buyers need to be more targeted.

"I can't get on board with something without a TV component to it," Bill Rosolie, svp, advertising sales at Reelz tells Adweek.

Reelz worked with MediaRadar to develop the product late last year. And Rosolie is bullish on its impact.

"Having that depth of knowledge, understanding the creative executions and how they're utilizing the different platforms… it hopefully allows you to strategize a little bit more before you go into a client," Rosolie says.

Reelz features mostly unscripted celebrity-themed fare (including last summer's Miss USA Pageant). It broke out in 2011 when it aired The Kennedys miniseries after many other cable networks passed on the project. Next year, Reelz will air a follow-up, After Camelot. Rosolie says being able to see, all in one place, which brands are doing shortform video, for example, allows them customize their pitch.

"When I'm going in talking to [brands that do a lot of digital content] about the marketing package that we're going to create for After Camelot, that basically tells me 'hey go in there and talk to them about digital content," he said.  "It's critical as part of the conversation with a client to understand what they're doing."

Founded in 2007, MediaRadar aims to be to ad sellers what Bloomberg Terminal is for investors. The company's algorithm tracks ad buying habits of 2.6 million brands and helps sales teams determine which brands to pitch as well as what, when and how to pitch them, based on overall trends and buying patterns.

"We've all heard single source, we've all heard cross-platform measurement, it's nice to have a product that's kind of focusing on cross platform research," said Rosolie.