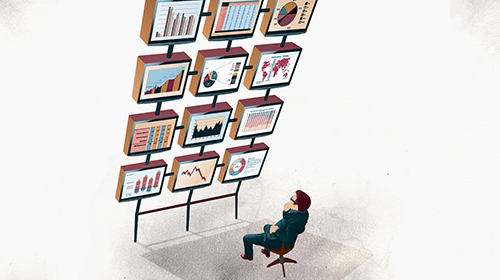 Time Warner and Nielsen are partnering up to study how video content affects the actual hearts and minds of those viewing short-form video and virtual reality.

The three-year partnership between Time Warner and Nielsen will allow the companies to study how video content—both programming and advertising—registers with viewers at a subconscious level. By measuring eye-tracking, facial movement, heart rate and brain activity, Time Warner hopes to tap the technologies and research capabilities of Nielsen Consumer Neuroscience to better understand how consumers think and feel at a deeper level.

Using an EEG (electroencephalogram), researchers can capture brain activity related to arousal and intensity, allowing them to capture whether a video's approach is working or if someone is attracted to a voice. Research on VR and other video between 15 and 90 seconds will focus on three types of brain processing: shifts in attention, memory activation and emotional motivation.

Much of the research will be based at the Time Warner Medialab, said Kristen O'Hara, Time Warner's CMO for global media. She said the lab is in the middle of building a VR facility, which should be ready by the third quarter of 2016.

"Given the increasing role that VR is going to play with our content and even with our advertisers in the future, I think that alone gives us an interesting opportunity to partner with Nielsen and an unparalleled opportunity to integrate both the biometrics part of research and also the neuroscience piece to help us understand how consumers are really engaging with the VR experience," O'Hara told Adweek.

The news builds on an existing partnership between Time Warner and Nielsen, which began in 2012 with Innerscope Research, which Nielsen acquired last year to become Nielsen Consumer Neuroscience. The Nielsen unit, headed up by Innersope founder Carl Marci, has already worked on joint ventures with Time Warner to research sponsorship integration, distracted viewing, multi-screen tests, video games and product placement.

While neuroscience studies related to marketing have been around for a decade, brands and media companies increasingly are turning to neuroscience research to better understand how consumers perceive advertising.

In an interview, Marci said dedicating a space in the lab to VR will allow his team to better measure the impact of VR as more consumers try out the up-and-coming three-dimensional realm. He said Nielsen will be able to bring its eye-tracking technology inside of VR headsets, which will not only show what direction viewers are looking, but also precisely what they're looking at.

"If you've experienced the new technology, you can't help but feel your heart racing," he told Adweek. "And I think what our clients and I think this lab is going to be able to do very well is separate the sort of 'wow factor' of VR from really full-on engagement with content and advertising. How do you tell stories in a VR environment? How do you make someone who's engaged in a totally surrounded and immersive environment go from a beginning, middle and end? How do you introduce characters?"