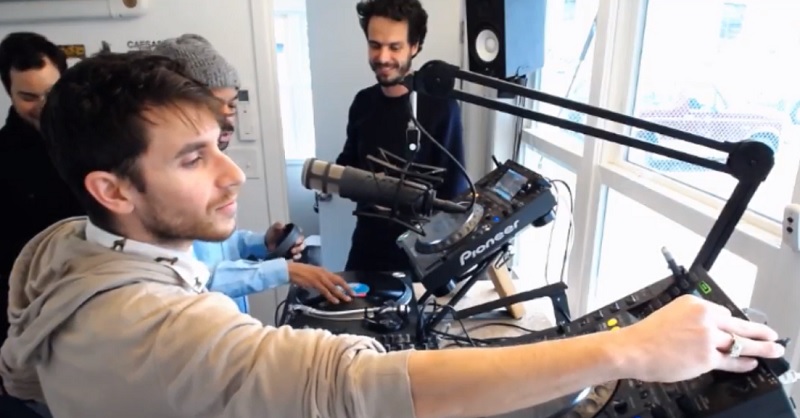 In a Q&A with website Resident Advisor, the 34-year-old Belgian transplant shares an origins story that many of our readers will be able to relate to:

What inspired you to start a radio station?

Six months ago, when I was the most depressed about my dull freelance work, I passed by that magical little triangular empty lot in Williamsburg that has an insane view of the city and I noticed a ‘For Lease’ poster. I pass by this place everyday on my way to work, but that day the poster was up. Two minutes later it came to me like a flash: I’m going to rent that magical space and I’m going to set up an online radio station to give a platform for all of the incredible talent that I’ve witnessed in the past five years in New York City. Since that day I’ve literally been obsessed with making this idea come to life.

It’s the most exciting project I’ve ever worked on. I felt from the beginning that there was something special about it. The location has some sort of magical aura in the neighborhood. Everybody knows that ‘old empty lot where some guy lives in his RV.’ I was always intrigued by that spot. I wanted to just live there!

Among the talent helping Vaxelaire get things off to a start this beta month: music journalist Michelle Lhooq, Trans Pecos manager Chris Cerny and the KUNQ collective. Vaxelaire plans to keep the station independent by operating a coffee kiosk on the same premises, which is scheduled to open soon.

Read the rest of the Q&A here, and more details from earlier coverage by Bedford and Bowery. We will end our item with a little New York French: Bravo, Mr. Vaxelaire! Et bonne chance avec ce project fantastique!