The paper is more than 180 years old 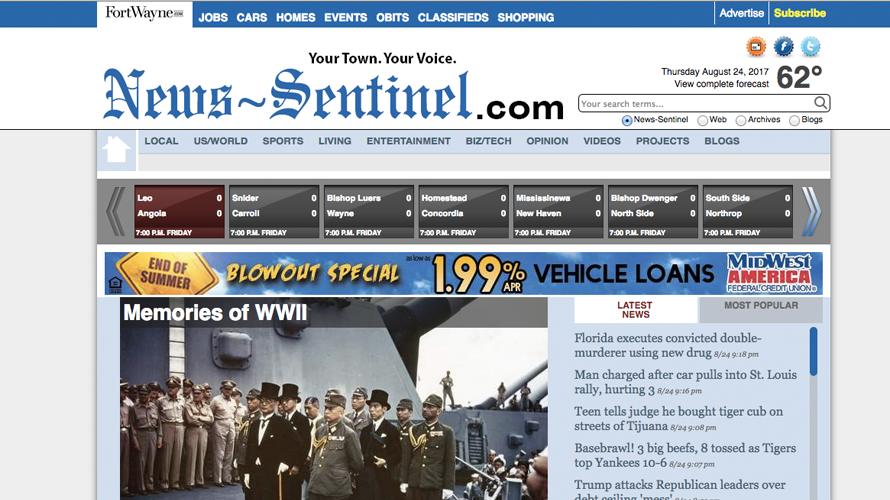 Another newspaper sheds its print edition, and this time it’s the News-Sentinel, an afternoon daily servicing Fort Wayne, Indiana. Its had been printed under a joint operating agreement with the Journal Gazette, Fort Wayne’s morning paper. That partnership, one of the earliest of its kind, dates back to 1950 and will continue through 2075, although in altered form.

“Tracing our roots back more than 180 years, we are proud to remain a key part of the Fort Wayne community by bringing our readers the news they care about and an independent voice to the issues that impact them,” said Mike Christman, publisher of the News-Sentinel and president and CEO of Fort Wayne Newspapers, the organization created to run the joint operating agreement. “The News-Sentinel will now have the ability to reach a wider range of audiences in Fort Wayne, while focusing exclusively on creating great, engaging content. The move will better position The News-Sentinel to serve its readers and the community in the digital era.”

The News-Sentinel has been owned by Ogden Newspapers since 2006, which it purchased it from McClatchy, which purchased it for a very brief amount of time from Knight-Ridder, which had purchased it in 1980. For a long portion of its history, it was a family-owned publication, one that had a woman, Helene Ruth Foellinger, at its helm for more than four decades. When she became publisher in 1936, she was just 25 years old.