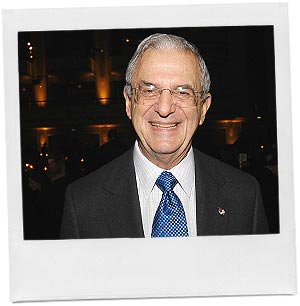 Here’s one we missed to end the week: last week, The New York Times chose to use one of its “New York Today” columns to position our fair city as a land of large-scale stunts, be they graffiti residencies or models riding donkeys through Times Square.

Howard J. Rubenstein — Rubenstein Associates founder alternately known as “Superflack” and “The Don of PR” — responded with a letter to the editor that we will share here for you.

When I started my public relations business 60 years ago, I found that stunts provided the best way for me to promote my clients.

Some memorable ones include calling attention to high taxes in New York City by putting in front of City Hall a rubber alligator (“the city is taking a bite out of taxpayers”) and a man dressed in nothing but a barrel with suspenders (“after taxes, the taxpayers are left with nothing”); and sheep, herded down Broadway, to promote wool producers.

A great stunt still has the power to penetrate. In fact, through social media, stunts have greater velocity and the ability to demand more attention than ever — as evidenced by the reach of the ALS Ice Bucket Challenge, in which people dump ice water on themselves to raise awareness of and money for Lou Gehrig’s disease.

Stunts still get attention because great fun is timeless. Done well, they create publicity that cannot be stunted.

Hard to disagree with that.