The ultimate guide to measuring earned media value on Facebook 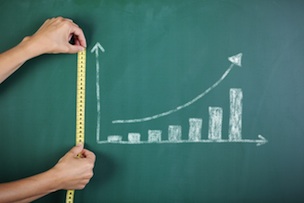 Brands ask this question all the time — how do you measure the value of earned media on Facebook?

Some just multiply by $5 per thousand impressions (or whoever can provide the highest earned media value multiplier) to report the highest figure. Not the most sophisticated approach, but it might be good enough for companies that sell sugar water. Certainly better than pure fan count, since EMV correlates more with engagement than the size of the fan base.

But unless you can tie EMV (Earned Media Value) to actual sales, you’ve got some level of hocus pocus here.

1) Fan base size doesn’t correlate with engagement or impressions (EMV).

This political blogger, who doesn’t advertise at all, beats Coca-Cola’s engagement. Same with this San Diego immigration attorney, who drives organic impressions with viral content.

Did Facebook help Obama win or was Facebook engagement a byproduct of a successful campaign? We know there is power in an active audience, versus just a large audience.

But how do we quantify this?

PR companies invented the earned media concept to quantify the value of their efforts. You would have had to spend “this much” in advertising to get this much reach or this many interactions.  And it’s usually impression-based, because of TV measurement companies like Nielsen.

But impressions are a passive metric, not as good as engagement.

We recommend using a default CPM (cost per thousand impressions) of $5, but you should use whatever price you pay for your advertising, as not all audiences are the same.

A large audience usually correlates with a lower engagement rate. So having a lot of inactive fans won’t help your EMV.

There are a few ways to game this system:

Technique #1: Post more frequently—twice as many posts will yield close to twice as many impressions, but with some decay.  With entertainment brands, we see nearly no decay or cannibalization, provided there is low negative feedback (less than 0.01% on interactions).

There are many tools that will help you not only automatically post (we don’t recommend it), but optimize for News Feed coverage by curating content in your topic.

Technique #3: Drive 3rd party traffic using apps.  Now that you’re attracting people to click LIKE, you’re generating a ton more impressions.  We know that interactions of all types drive more traffic. But not all traffic is worth the same, especially if driven from other parts of the world.