With surprise cameos from Burger King and Oscar Mayer 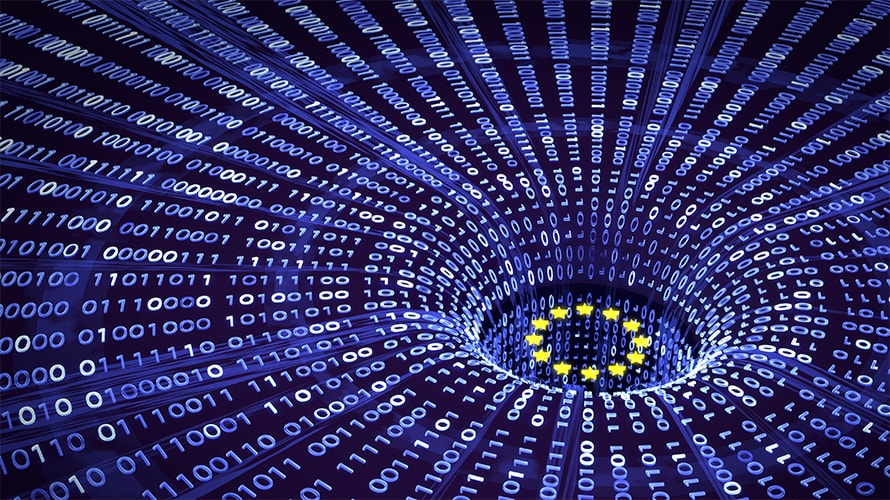 GDPR was one of the biggest moments in tech this year.
iStock
Share
By Lisa Lacy
|
December 27, 2018
Share

CES 2018 promised us robot dogs, air taxis and laundry-folding robots. Nearly a year later, these products remain out of reach for most of us, but it was still a productive year in tech—and one that will likely be remembered for being jam-packed with as much drama as a Shonda Rhimes script.

If there was an official tech buzzword of 2018, it was probably blockchain—that distributed ledger you’ve definitely heard of and can maybe sort of explain, even though you still might not understand it completely.

From Walmart to AB InBev, plenty of companies got in on the action, testing the technology to track products and ad campaigns. The name of the game: enhanced transparency.

Data and privacy was a huge theme in 2018—from potentially sneaky and misleading opt-ins trying to sucker users into always-on location tracking to a Google app that convinced millions of users to willingly share their faces. However, a barrage of news stories has inspired at least some consumers to more carefully consider personal data in their digital lives, as privacy-focused search engine DuckDuckGo reported record traffic for 2018.

Speaking of privacy, the European Union enacted its General Data Protection Regulation (GDPR) law on May 25 to give its citizens more control over how businesses collect and use their personal information. The stakes are high: Companies that don’t comply face penalties of 20 million euros or 4 percent of their global revenue. Complaints were filed against Google and Facebook the very first day and, as similar laws are being drafted in California and Vermont, U.S. agencies and tech companies alike are hoping to learn from their European counterparts.

2018 was arguably the year work began in earnest to replace the web with a more user-friendly version eliminating intermediaries like Google and Facebook, along with their practices of collecting and selling user data. There are many startups working to this end—including one from computer scientist Tim Berners-Lee—but, despite seemingly countless breaches, the new web isn’t necessarily a slam dunk. That’s because these platforms have to attract developers who, in turn, will have to create new apps—and apps consumers want to use, no less. And users will have to become much more proactive in the management of personal data.

As Dewayne Hendricks, chief executive of Tetherless Access, put it: “It’s easy to go to the Dark Side, but to become a Jedi, you have to train for years to develop a set of skills. That’s what [Berners-Lee] is asking people to do—to become Jedis. It’s easy to click, but it’s not easy to learn how to use a lightsaber.”

From the continued saga of Russian meddling in the 2016 election to Cambridge Analytica, secret-dating sharing agreements, a damning New York Times report and bugs and breaches aplenty, it was a very bad year for Facebook.

Another prominent 2018 storyline was the growth of Amazon—and as a DSP specifically. It’s still a distant third behind Google and Facebook, but it’s inspired many agencies to create Amazon-focused divisions to help clients optimize for the algorithm and execute paid strategies, much like they’ve done with Google since circa 2000.

Net neutrality was officially repealed in June, paving the way for internet service providers to charge more for faster speeds, which Burger King (of all brands) brilliantly illustrated in a spot in which customers could pay more to get their Whoppers quickly.

Remember when the Winklevoss twins became the first bitcoin billionaires in 2017? This year has been less kind as bitcoin’s value plummeted 77 percent and the twins lost a cool $1.6 billion by June. To add insult to injury, the Securities and Exchange Commission rejected their bid to allow an exchange to list shares of their crypto ETF for the second time as the SEC remains concerned about fraud.

It wasn’t all bad cryptocurrency news, though—look no further than Oscar Mayer’s Bacoin, which debuted in April.

Another oft-cited topic this year was 5G, the fifth-generation wireless network that will be 10 to 100 times faster than what we have today. That means downloads will be more or less instantaneous, and we’ll have the ability to power smart homes, cars and cities on an unprecedented scale. It’s also inspired new competition between media companies AT&T and Verizon as they jockey for position.

While voice certainly evolved throughout 2018, it’s visual search that really went from 0 to 60. Buoyed perhaps by the debut of voice-enabled devices with screens like Google Home Hub and Facebook Portal (not to mention continued sales of Amazon’s Echo Show and Echo Look), brands like Good Housekeeping and Sephora were looking to capitalize, while players like Pinterest and Snapchat are hoping consumers will use their platforms to discover new products via visual search.

Last but not least, 2018 was the year we really started to see lines blur between people and machines. Not only were there more robots delivering room service at hotels, the Barbarian Group’s new receptionist is an Echo Show named Barb, while virtual influencers like Shudu Gram and Lil Miquela were courted by beauty and fashion brands.