Test your wits and reflexes in Are You A Dodo? on iOS 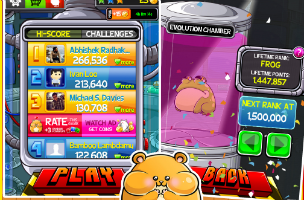 Pixel People developer LambdaMu Games and Chillingo have announced the launch of Are You A Dodo? on iOS devices. The game is a collection of mini-games presented as a game show, which challenges players’ reflexes, basic math skills and memory before determining which member of the animal kingdom their brain most resembles.

In each game of Are You A Dodo? players complete three rounds of tests, with three different kinds of tests available for each round (for a total of nine mini-games). Users can choose their preferred tests for each round using the game’s premium currency, or let the game randomize the selection for free play.

One mini-game may ask players to add the numbers on the faces of dice, while another challenges players’ memories by asking them to remember items on a screen and pick them out from a grouping on another scene. Each game contains one test for logic, dexterity and memory, and users unlock bonuses for specific categories as they continue to play (like points multipliers).

The faster players complete each question within a timed round, the more points they’ll earn and the more bonus time is added to the clock. When the game does eventually end, points are totaled and players are told their genetic match, from manatees and dinosaurs to sea cucumbers.

Are You A Dodo? supports Facebook connect for tracking your friends’ scores against your own, and is free to download and play on iOS. You can follow all of Chillingo’s games on AppData.