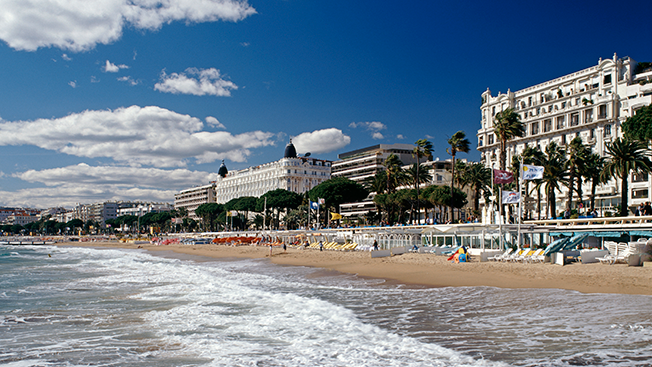 Marketers going to the Cannes Lions International Festival of Creativity should always expect to get a little sand between the toes, but this year their flip-flops will get more dusty than ever due to tech companies. The beach is going digital.

Facebook, YouTube, Twitter and Spotify are going to have week-long activations along the beaches of the French Riviera. It's the first "Facebook Beach" and "YouTube Beach" at Cannes, though Google—YouTube's older sibling in the Alphabet Inc. family—has taken over a beach in recent years.

YouTube is essentially replacing Google on the beach, a Google rep told Adweek, adding that "the whole space is turning red," the YouTube logo's primary color.

Marketers generally embrace Facebook, so its play should be buzzy on the Croisette. The social media giant held a "Hacker Square" at Cannes last year—its first year on the beach—yet it appears clear that it's beach aims are higher in 2016.

"We are committed to the creative community, which can be seen through our presence at the Facebook Beach, as well as on stage this year," Sarah Personette, vp of global business marketing at Facebook, told Adweek. "The Facebook Beach is open to the full creative community with access to Facebook's Family of Apps and Services—through activities, product experiences and programming. Our mission is to create an open and connected world, and the space will reflect that as a place to connect, create and be inspired."

YouTube also promises to gain attention: When considering its BrandCast presentation yearly at the Digital Content NewFronts, it certainly knows how to put on a spendy exhibition. Twitter Beach first launched a few years ago at Cannes, but a rep for the company told Adweek that "this year it's larger, and it will be open to all badgeholders for events and happy hours each night. During the day, it's still closed for meetings with clients." The Spotify House also will return to the beachfront for the third year in a row.

The Cannes beaches were once reserved primarily for ad agencies and holding companies during the Lions. As more information about the festival emerges, it will be intriguing to see which old-school companies join the Silicon Valley powerhouses on the scene.

Attendees can expect the branded beaches to offer activities such as yoga and beach volleyball; beverages ranging from rosé to smoothies; and marketing panels and speeches.