Super Battle Tactics: Check Out These Tips and Tricks for Success 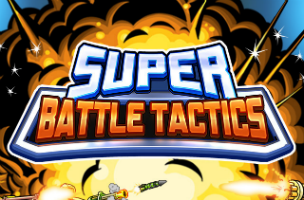 Last July, DeNA launched Super Battle Tactics on iOS and Android devices. The tank battle game throws players into a television show on Tank TV, and asks them to annihilate their competition for the sake of ratings. During battle, each user’s team of tanks is represented by action bars and attack values. On each round, the tanks spin for a random number, and like a roll of the dice, this determines the amount of damage they’ll do to an enemy unit.

Developed by DeNA’s Vancouver Studio, the team behind the game has given us an exclusive guide for beginners just starting in Super Battle Tactics, which may also help those who already know a thing or two. Check out their tips and tricks below.

— These kinds of tanks are beefy and pack a big punch. They are often the most straightforward but might also be a high-priority to take out since opponents don’t want to get hit by their strong attacks. More powerful Assault Tanks may have unique Special Attacks that set enemy tanks on fire or damage all the opponent’s tanks with a single attack!

— These light tanks often have fewer Hit Points and deal less overall damage, but have more First Strike squares allowing you to get the jump on the enemy before they get their shots off on you. These guys often work very well with your Targeting ability so that you get the chance to take down a specific tank before he can even fight back!

— These utility tanks are the most versatile and have a lot of interesting buffs, which can help out your other units. They can also deal normal damage or even use First Strike. Due to their flexibility, they can often be exactly what you need at the right time, and thanks to their high Hit Points these guys often are great targets for your Draw Fire ability.

— Always remember to sell your old tanks for cash.

— Make sure you are going into battle with the right Abilities to do the job. Play around with different combinations until you find one that suits your style of play and compliments your squad. And, remember PRO TIPS for key ability tips to get out of a fire fight in one piece:

* Use the Jammer ability to cancel enemies using targeting.

* Drawfire ability is very risky to use in the first round.

* Firebomb damage-over-time will stack if you use the ability more than once. Try using the ability multiple times to generate overwhelming damage.

* Some abilities such as Ion Strike or Bombard have a min/max damage.

— As you progress through the ranks, you’ll gain access to new tanks you can build with parts scavenged from the battlefield. Building a tank is the best way to get the specific tanks you want, though it can take some time for them to be constructed. Building tanks also gives you cash and more tickets to play! You unlock the ability to build new tanks as you level up and it might be tempting to hold on to all your parts for later, but beware! Doing this will make it much harder to win in your current tier!

— Another great way to toughen up your team is to upgrade those tanks. Upgrading tanks improves the attack values on their spinner, their total HP, and can even unlock or improve their specials! Hitting their max upgrade will also give them a nice change in appearance.