Does the tone of Facebook users’ News Feeds end up affecting their actual moods. Yes, according to a recent study by social scientists from Facebook, Cornell University, and the University of California-San Francisco. 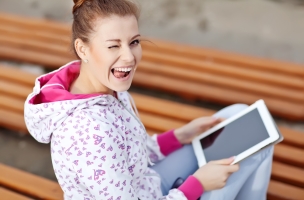 Does the tone of Facebook users’ News Feeds end up affecting their actual moods. Yes, according to a recent study by social scientists from Facebook, Cornell University, and the University of California-San Francisco.

The researchers randomly selected 689,003 Facebook users and tinkered with the number of positive or negative stories that appeared in their News Feeds, finding that the “emotional contagion” effect worked both ways.” It should also be pointed out that the researches complied with Facebook’s data-use policy and did not see actual posts, working off the occurrence of positive and negative words in more than 3 million posts with some 122 million words in total — 4 million positive, and 1.8 million negative.

Jeff Hancock, professor of communication at Cornell’s College of Agriculture and Life Sciences and co-director of its Social Media Lab, said of the study’s findings:

People who had positive content experimentally reduced on their Facebook News Feed for one week used more negative words in their status updates. When News Feed negativity was reduced, the opposite pattern occurred: Significantly more positive words were used in peoples’ status updates.

We also observed a withdrawal effect: People who were exposed to fewer emotional posts in their News Feed were less expressive overall on the following days.

This observation, and the fact that people were more emotionally positive in response to positive emotion updates from their friends, stands in contrast to theories that suggest viewing positive posts by friends on Facebook may somehow affect us negatively. In fact, this is the result when people are exposed to less positive content, rather than more.

Online messages influence our experience of emotions, which may affect a variety of offline behaviors.

Readers: Do you find that posts in your Facebook News Feed help determine your state of mind?