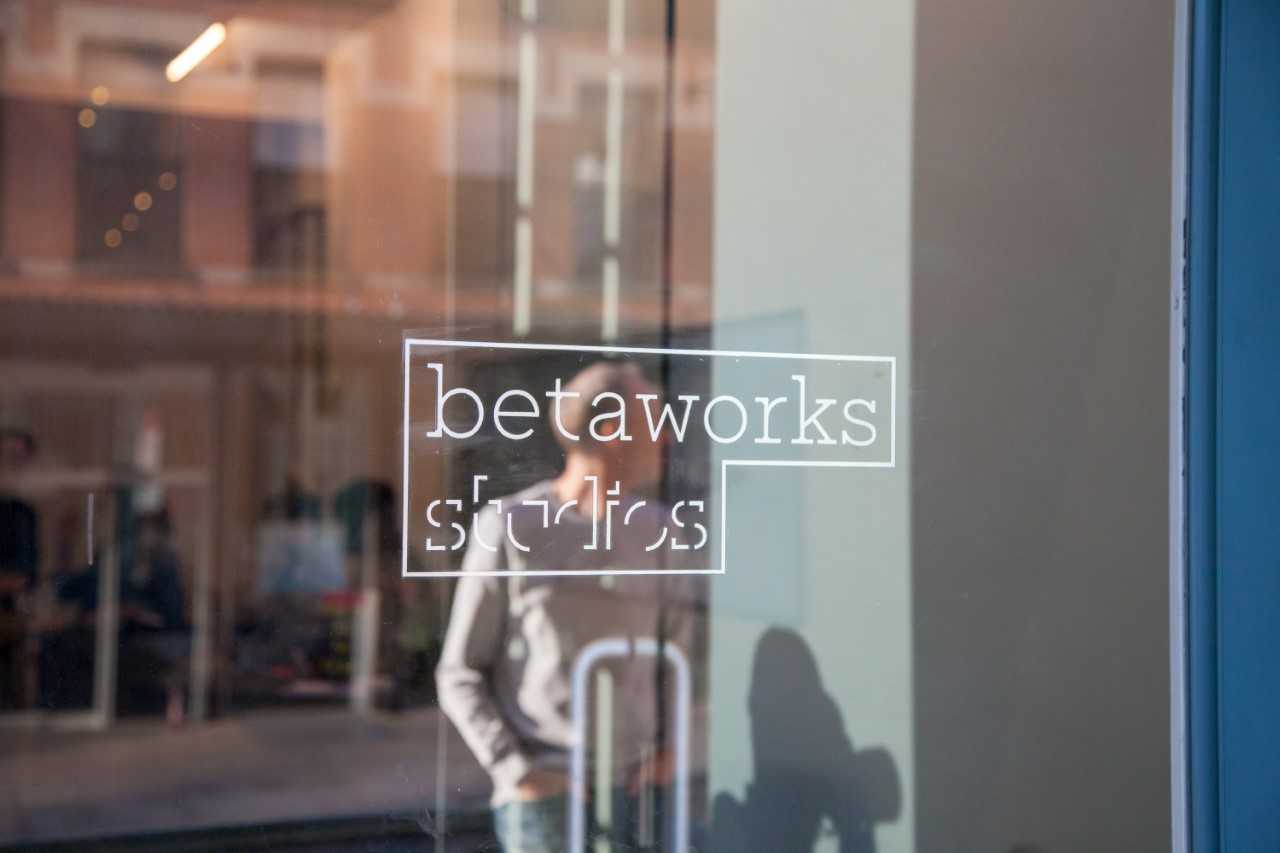 WPP’s Grey announced today that it has signed an exclusive partnership with Betaworks, a self-described “startup platform” that invests in seed-stage technology companies with the goal of helping bring their products to market. Grey will be the sole marketing partner for the group, which serves as both an accelerator and a venture-capital firm and which some consider to be the first true startup incubator.

Past Betaworks investments include Twitter, Venmo, Medium, Kickstarter and Everlane. It has also played an active role in creating businesses like Giphy, Chartbeat, Bitly and Digg.

The news comes 10 months after the company opened Betaworks Studios, a “membership club” in New York’s Meatpacking District that grants space to entrepreneurs, engineers and other creatives.

Terms of the deal were not disclosed, though it is understood that WPP will be compensating Betaworks.

“It’s like going to SXSW every day and soaking up the secret sauce.”
Grey staffer

“One of the ways this is so exciting is that being at the center of culture has been and will continue to be one of things to differentiate Grey’s product from others out there,” said Grey worldwide CEO Michael Houston. “The cornerstone of our creative ethos is culture, and there’s no more prevalent place that lives today than in tech.”

Chief innovation officer Dan Bennett told Adweek the move is in keeping with Grey’s decision, announced earlier this year, to invest 75 percent of its capital in creative talent and resources.

“They bring things to the table that are not our [areas of] expertise in emerging tech, and we lean into our strengths to help it make sense,” Bennett said, noting that Grey has already started taking clients to the studio’s work sessions to familiarize them with the Betaworks way of operating.

Eventually, Houston expects all Grey employees to spend time at Betaworks “without a clearly defined curriculum” so they can be introduced to new startups and tools that could be relevant to their clients. Bennett added that unlike the tried-and-true approach in which agencies hire third-party companies to teach their staffers, this process “democratizes innovation,” an area where legacy networks have struggled.

The agency will in turn apply the innovations offered by Betaworks’ investments to its own clients’ businesses while expanding the group’s presence through its global network.

One recent example was Livecamp, an 11-week accelerator program focused on businesses that utilize livestreaming. The idea was that Grey could use the information shared there to better help its own clients with related technologies. In the words of one staffer, “It’s like going to SXSW every day and soaking up the secret sauce.”

Three clients–Kellogg’s, GSK and HSBC–have already begun working on Betworks projects involving an “education platform” and an unspecified new product. Grey’s services could also come into play when startups are ready to go to market with creative campaigns promoting their products. 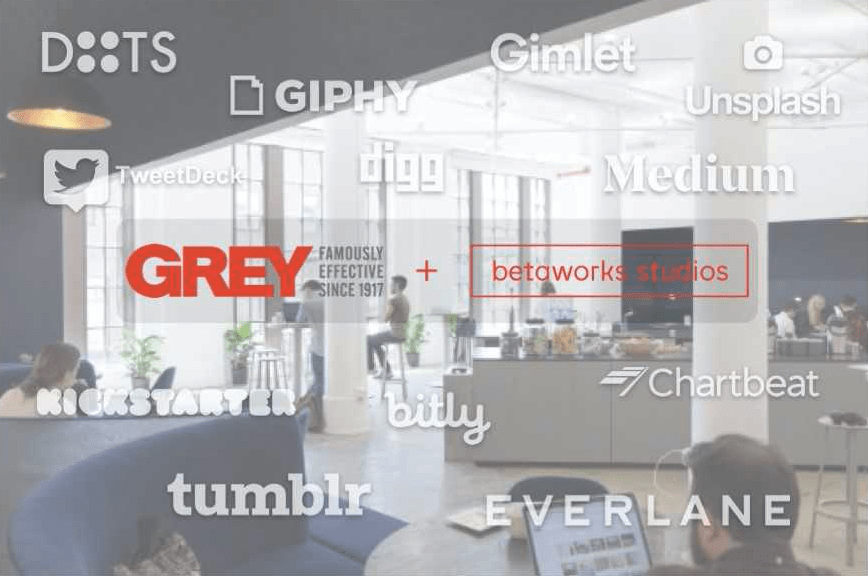 In another example of the collaborative model, Betaworks and Grey recently launched a co-curated weekly podcast series called Builders.

Houston called the deal “a game changer for us.” Bennett said the partnership came about through a connection with Betaworks creative director James Cooper, himself a former copywriter and veteran of agencies including JWT, Ogilvy and Saatchi & Saatchi.

The CEO acknowledged that “there was skepticism at first” and that Grey had to sell itself as a potential parter. “Advertising is not the [primary] output of this partnership,” he said. Instead, it will focus on the introduction of products, services and “more authentic relationships between brands and technology.”

Ultimately, both parties look to create new revenue streams for the businesses they serve.

Such partnerships could grow more relevant as major global advertisers consider whether to follow companies like P&G in launching their own “innovation labs” or continue relying on external partners. Grey and Betaworks hope they choose the latter.