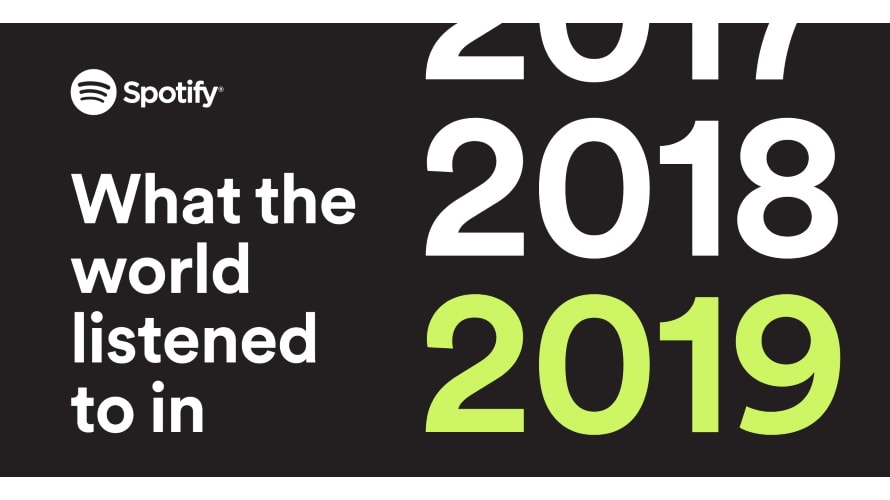 Spotify will extend the fun to its users later this week, providing them with personalized Wrapped looks
Spotify
Share
By David Cohen
|
December 3, 2019
Share

Drake was the most streamed artist of the decade on global audio-streaming platform Spotify, while the title for 2019 went to Post Malone.

Spotify unveiled its Wrapped end-of-year and end-of-decade campaign Tuesday, saying that 248 million people listened to music or podcasts via its platform this year.

Drake was streamed over 28 billion times during the past decade, while Post Malone tallied more than 6.5 billion streams in 2019.

Spotify will extend the fun to its users later this week, providing them with personalized Wrapped looks at what they listened to during 2019—including data such as how many minutes of music they heard and how many songs they liked, shareable via Facebook, Instagram, Twitter and Snapchat—as well as My Decade Wrapped, displaying the top songs, albums, artists and podcasts they discovered and listened to on the platform throughout the decade.

Spotify’s most-streamed artists of the decade, globally, were:

The most-streamed female artists of the decade (globally):

Spotify’s most-streamed artists globally in 2019 were:

The most-streamed podcasts in 2019 were:

And the most-streamed podcast genres were: