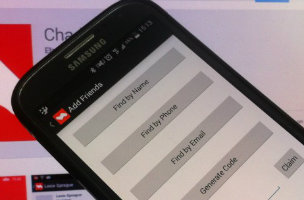 John McAfee Launches Chadder, a New Encrypted Private Messaging App (The Next Web)
Antivirus software pioneer John McAfee has launched a new messaging app called Chadder, with a focus on encryption and security. The app is produced by Future Tense Private Systems (FTC), a company founded by McAfee that has previously developed the Dcentral1 app, in conjunction with Etransfr. GigaOM According to the press release, etransfr worked with developers at the Rochester Institute of Technology to produce the app. It’s not clear how involved McAfee or his organization were in the development of Chadder, but I’ve asked Future Tense Secure Systems for comment and will update if they get back to me. Business Insider As it’s all about sending messages securely, the app presents itself a lot like Snapchat. Communications are routed through Chadder’s servers, which acts as a super-secure post office of sorts, tagging messages with a special key as they arrive before sending them off to the intended recipient. PCWorld In our testing, I wasn’t able to find my fellow app tester by name, even when he had set his profile information to “public.” Entering a code in the “claim code” field simply caused that code to disappear. Engadget What makes it different from its rivals? At the moment, nothing. Its design is basic; users aren’t afforded many customization options; and the app’s friend-finding tools make it extremely difficult to do exactly that.

Facebook Announces New Video Metrics (AllFacebook)
As more advertisers and page managers use video to get their brand’s message out, Facebook is launching new ways for admins to measure the effectiveness of their video campaigns. With the new video metrics — rolled out over the coming weeks — marketers can see the average duration of video viewed and the amount of time that a person watched 95 percent of the video.

How Social Media Contests Influence Consumers [Infographic] (SocialTimes)
TAMBA, a UK-based social media marketing agency, surveyed 896 people who entered competitions posted on social media. The largest segment of participants ranged from 31- to 39-years old, more than 60 percent are childless and nearly 50 percent are employed full time. This puts to rest the myths that contest participants are stay-at-home moms or unemployed, according to TAMBA.

WordPress.com Creator Automattic Raises $160 Million (Mashable)
Automattic, the company behind WordPress.com, confirmed Monday that it has raised $160 million at a more than $1 billion valuation. The large Series C funding round was led by Insight Ventures with participation from investors Chris Sacca, Tiger Global Management and others.

‘Orange is the New Black’ Season 3 Renewal Announced … on Instagram (LostRemote)
Netflix is letting its stars do the important informing. “Orange Is the New Black’s” Laura Prepon announced the show has been renewed for a third season on her Instagram Monday afternoon.

YouTube Vs. Facebook: Only One of These Still Has an Audience (BetaBeat)
Facebook’s declining organic reach and insistence upon brands needing to pay to reach the audiences they’ve spent millions to acquire has left many brands frustrated. Meanwhile, YouTube, with its higher engagement metrics and earned media potential is in a prime position to capitalize and capture brand dollars.

Twitter Launches #AmazonCart, Allows Users to Shop Amazon from Twitter (AllTwitter)
Twitter and Amazon have partnered to bring users #AmazonCart – a hashtag that puts products you see on Twitter into your Amazon cart. Whenever a user sees a tweet containing an Amazon product, he can simply respond to the tweet with the hashtag #AmazonCart and the product will be added to their Amazon cart.