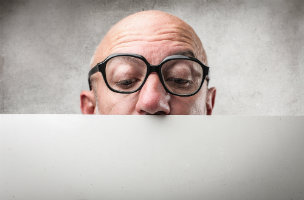 Snowden Docs Reveal British Spies Snooped on YouTube and Facebook (NBC News)
The British government can tap into the cables carrying the world’s web traffic at will and spy on what people are doing on some of the world’s most popular social media sites, including YouTube, all without the knowledge or consent of the companies. Documents taken from the National Security Agency by Edward Snowden and obtained by NBC News detail how British cyber spies demonstrated a pilot program to their U.S. partners in 2012 in which they were able to monitor YouTube in real time and collect addresses from the billions of videos watched daily, as well as some user information, for analysis. The Verge Leaks Monday indicated that the NSA and GCHQ quietly pulled data from insecure smartphone apps to access address books, device IDs, user profiles and other personal information, but this program — referred to as Squeaky Dolphin — is apparently an analytics system that could be used to give broader context to individual investigations or let agencies put out propaganda. “Not interested in individuals just broad trends!” reads one note. ZDNET The timing of the latest Snowden dump — a day before President Obama’s State of the Union speech — is hardly coincidental. While the Brit snooping is a new revelation, it’s hardly surprising after Snowden’s NSA data dump last year. Mirror The program showed how technology know as “SIGDEV” (Signals Development) allowed “broad real-time monitoring of online activity” of footage, URLs “liked” on Facebook, and Blogspot/Blogger visits. Experts said the Snowden documents show the British had to have been either physically able to tap the cables carrying the world’s web traffic or able to use a third party to gain physical access to the massive stream of data. National Journal Representatives of Facebook and Google, which owns YouTube, said they hadn’t given the British government permission to access data and were unaware the collection had occurred. A source close to Google who asked not to be identified when discussing company policy said the company was “shocked” to learn the U.K. could have been “grabbing” its data.

Twitter for Android Better for Cropping Pics, Killing Time (CNET)
Twitter altered its Android application Monday to make crafting the perfect picture or staving off boredom less of a chore. With the new Twitter for Android app, the social network added an option that lets users rotate their pictures, as well as select from original, wide and square aspects during the cropping process.

In the Land of Content Sharing, Swayy Hopes to Become King (SocialTimes)
Social media is maturing, and with that shift, more focus is being placed on content marketing and sharing. That’s where Swayy comes in.

Government Reaches Deal with Tech Firms on Data Requests (The Wall Street Journal)
The Obama administration agreed Monday to let technology companies make more information public about how often the government monitors Internet use, a move that aims to ease public distrust and corporate complaints about snooping. The pact would allow Facebook, Microsoft, Apple, Google, Yahoo and other technology firms to disclose more aggregate information about the demands they receive from the government.

Clinton’s Driving Revs Up Twitter (POLITICO)
On Monday, former secretary of state Hillary Clinton revealed she hasn’t driven since 1996 while speaking at the National Automobile Dealers Association conference in New Orleans. It elicited humorous responses and Republican on Twitter as to what this could mean for the potential 2016 candidate.