Walmart, Samsung and others dig in with social ads 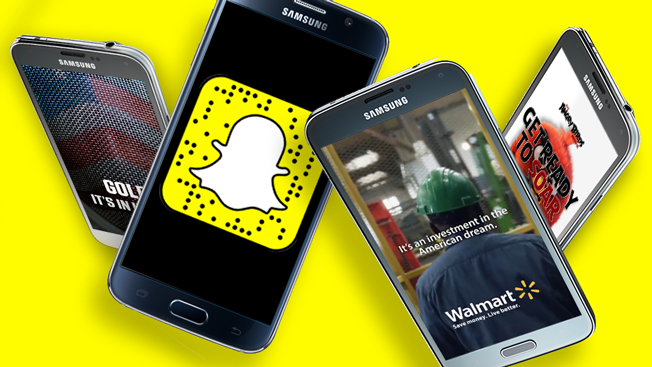 To be clear, other advertisers will be in play on Snapchat during the Olympics, though they will not be official partners. For instance, Samsung is running a national sponsored geofilter—an ad buy known to generate more than 100 million impressions—on various days during the two-week Summer Games.

Here's a look at what Walmart, Sony Pictures and Dick's Sporting Goods are up to on the app: The big-box player will run Snap Ads to highlight its commitment to purchasing more American-made products. The creative is by Saatchi & Saatchi, New York. For the duration of the games, the movies marketer has purchased an undisclosed number of Snap Ads, the new name for Snapchat's vertical video ads. The inventory will promote the digital release of The Angry Birds Movie in an effort led by Universal McCann, and it will entail seven different pieces of creative.

"As we are releasing The Angry Birds Movie during the sweet spot of the Summer Olympic Games where we know there will be an increase in live family television viewing, we are driving a 360[-degree], cross-channel marketing campaign across television, digital and social," said Lexine Wong, senior evp, Worldwide Marketing, Sony Pictures Home Entertainment. "We are extending the social campaign into Snapchat as the exclusive entertainment category partner with engaging custom Olympic-themed creative to align with Snapchat's Olympic Story." Dick's will run Snap Ads for its "Gold in U.S." campaign created by Resolution, pointing out the fact that every human contains 0.2 milligrams of gold and telling the stories of seven American Olympians and Paralympians.