Stay ahead of Facebook and could open up new ad targeting 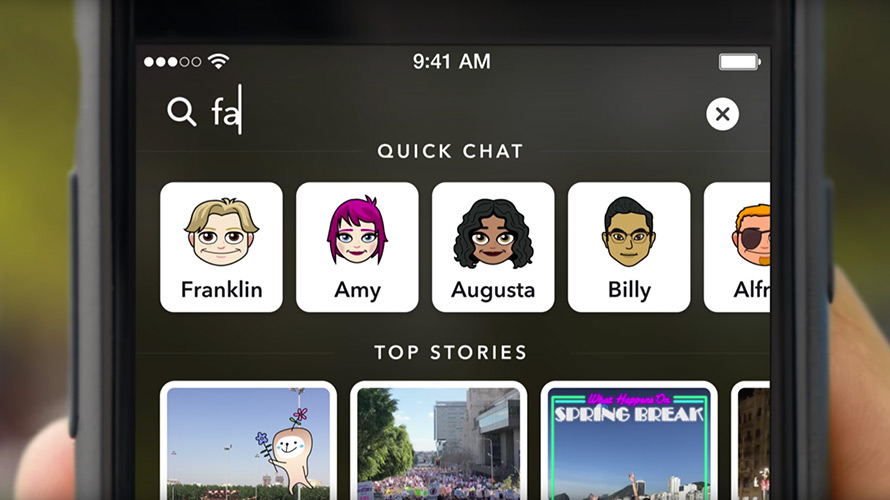 Today, the app is launching a search feature for Stories—those strings of photos and videos collected at events and locations that appear for 24 hours—that lets people sift through more than 1 million Stories users publicly shared on the platform. A search bar at the top of the app lets users type in keywords, such as “basketball” or the name of a local bar, to see what people are sharing.

The feature also collects professional Stories curated by Snap’s team. For example, Snapchat and Turner recently created more than 30 Stories at colleges for March Madness. Snap’s search feature does not initially include ads, but it is powered by machine learning, which is already used for ad targeting. Search could therefore open some interesting Google-like targeting for advertising in the future.

“We’ve built a new way to understand what’s happening in Snaps that are submitted to Our Story, and to create new Stories using advanced machine learning,” Snap said in a blog post. Snap added that the feature is only rolling out in “select cities” to begin with.

Stories launched in 2013 with a feature called My Stories that let individual users create collections of photos and videos. Then in 2014, the app added an Our Story location-based feature that used submit content at venues and events.

Search is the latest example of how the product war between Snapchat and Facebook in playing out. Earlier this week, Facebook added Stories and new camera features to its app and has been testing its version of Snapchat’s Stories with Instagram since August.