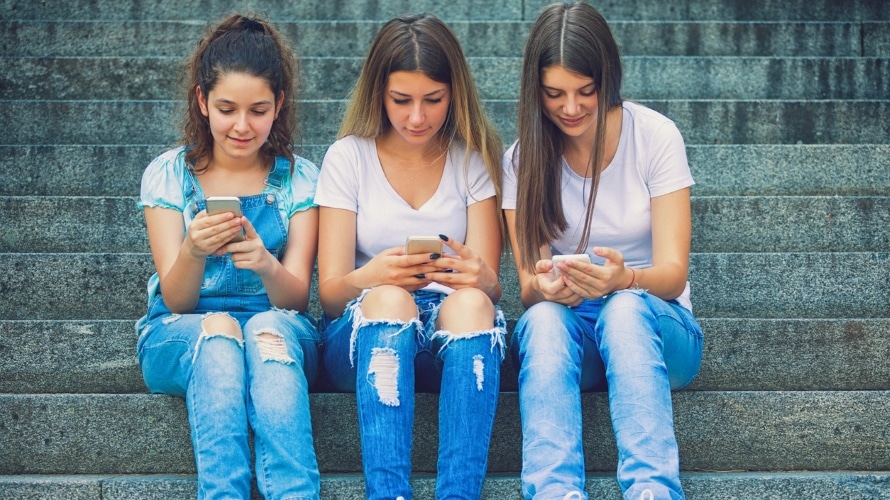 Snapchat is the social network of choice among teens in the U.S., with Facebook declining in that age group but maintaining its grip on older users, according to the latest findings from eMarketer.

eMarketer pointed out that Snapchat roared passed Facebook in 2016 as the most popular social platform among U.S. teens, adding that it expects the two platforms to continue in opposite directions, with Snapchat adding 1.2 million new teen users by 2022, while Facebook sheds 2.2 million.

Snapchat also maintained a lead over Facebook-owned Instagram, with 16.4 million people between the ages of 12 and 17 in the U.S. using the former, versus 12.8 million for the latter, and eMarketer sees that trend continuing through 2022, as well.

eMarketer senior forecasting analyst Christopher Bendtsen said, “Snapchat and Instagram are the top social apps for teens, and this year they’ll add nearly the same number of new teen users. Stories is a growth driver for both platforms, yet it’s not helping Facebook retain younger users. Teens continue to abandon or never even sign up for Facebook, and Instagram’s gains don’t completely make up for Facebook’s losses for this age group.” 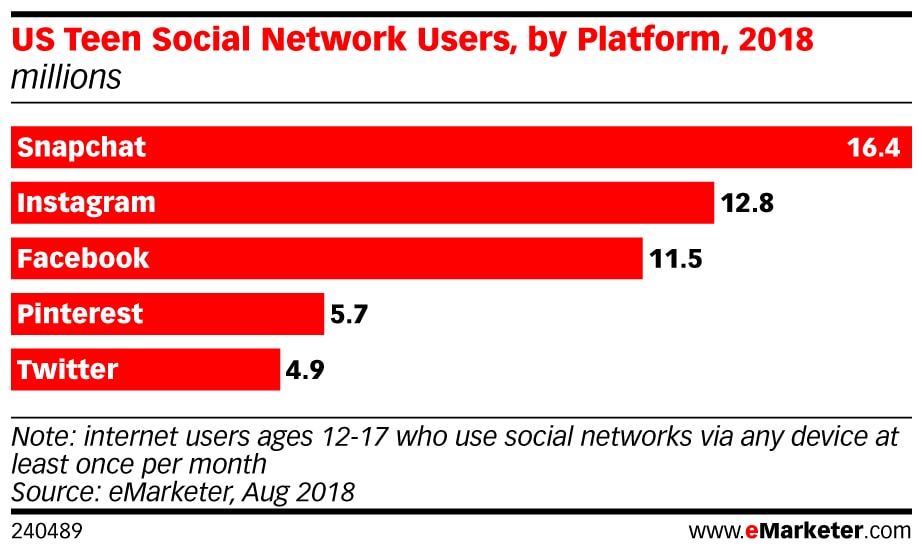 The story reverses as ages rise, with Facebook dominating among U.S. millennials. eMarketer sees 58.5 million people in that age group using Facebook this year, with Instagram coming in second (43.3 million). 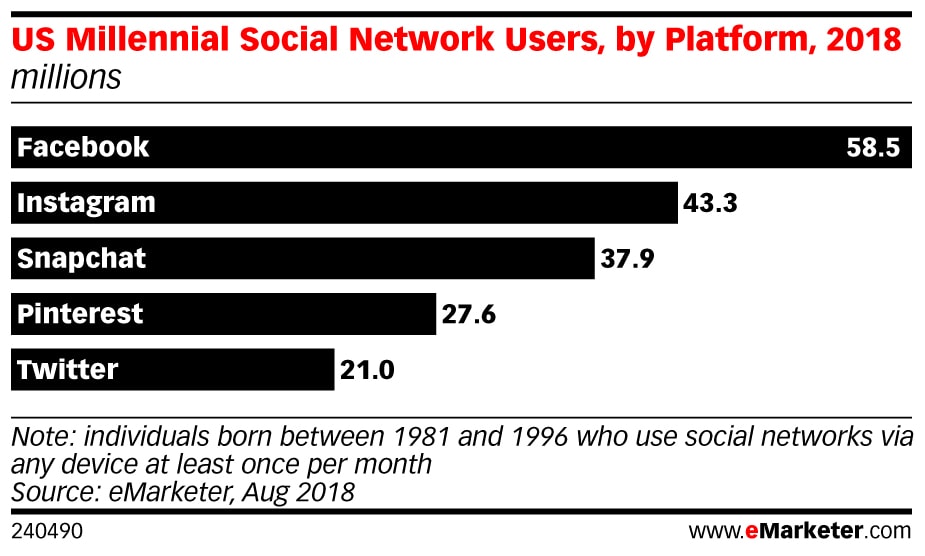 Facebook’s stronghold is Generation X, with 45.1 million U.S. users in that age group in 2018, although eMarketer sees that total slipping to 43.8 million by 2022. Instagram trailed with 23.5 million U.S. users this year, and eMarketer projected slight growth in 2019 before a levelling off in the coming years. 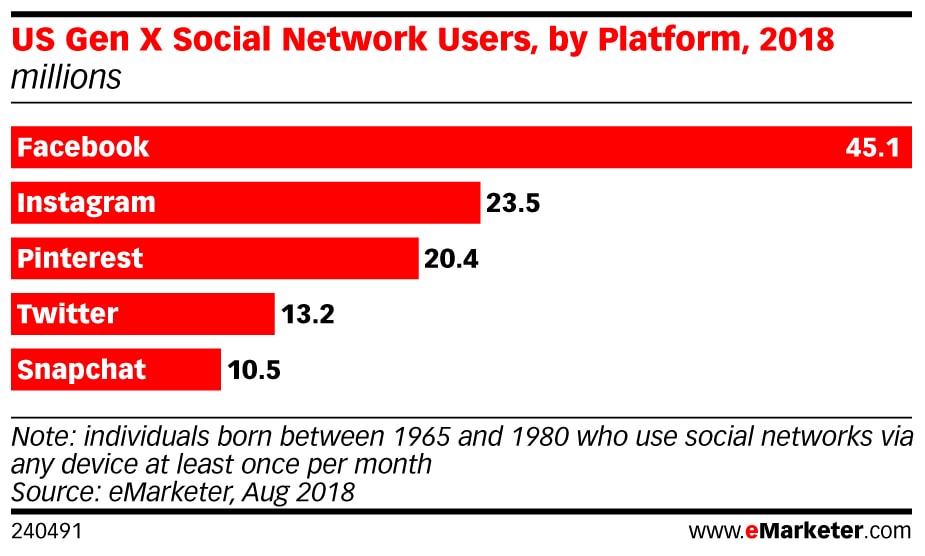 Finally, 31.9 million U.S. baby boomers are on Facebook this year, and eMarketer sees that figure holding steady through 2022.

Pinterest finished second among this group, at 12.9 million, and Bendtsen said, “Pinterest is appealing to baby boomers because it’s easy to use when looking for products or ideas for home projects, which are frequent activities for a generation with high spending power and home ownership rates. And since boomers are already comfortable using Facebook for checking the News Feed or sharing with family, they’re less likely to try platforms like Twitter or Snapchat for similar activities.”

On that note, only 3.8 million baby boomers will use Snapchat in 2018, according to eMarketer, dropping the messaging application into last place for the age group. 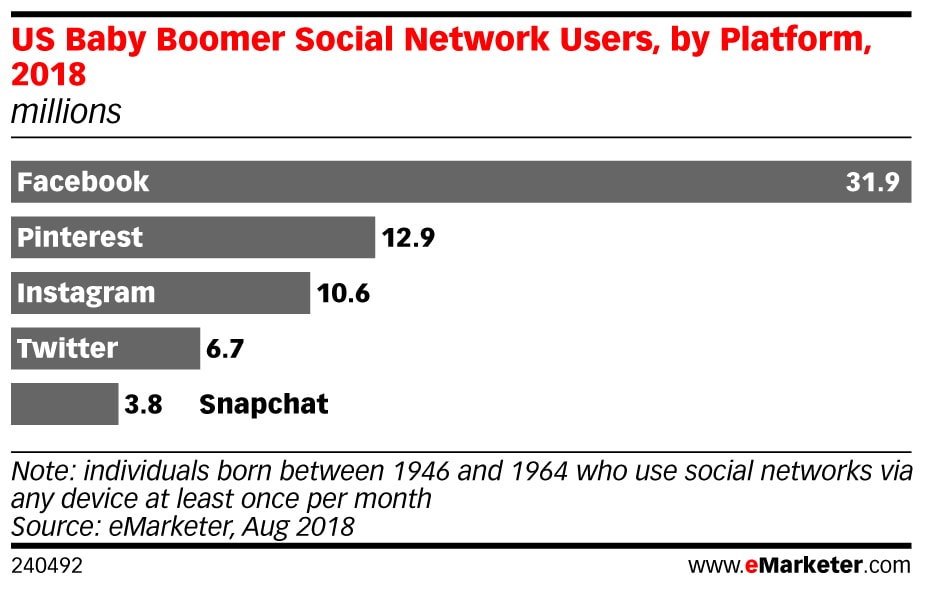