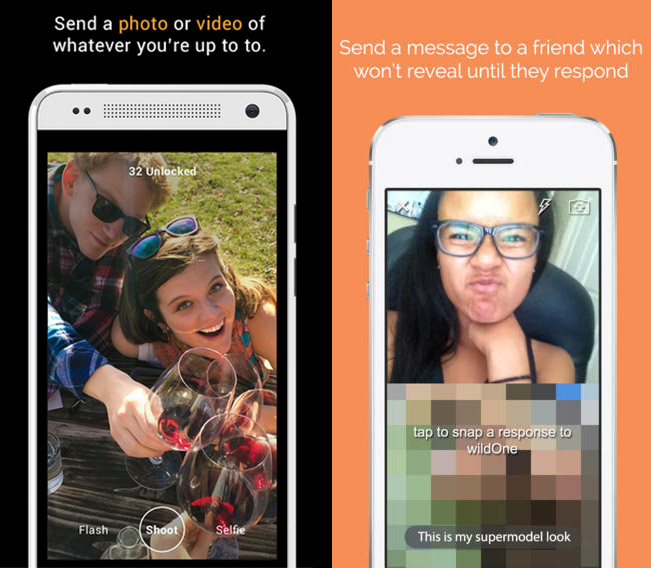 Facebook’s new app isn’t a Snapchat clone; it’s more of a Look-alike. The core feature of Facebook’s Slingshot—the requirement to reply to unlock a photo—already appears on an iPhone app called Look.

The virtually unknown app quietly launched at the beginning of June, but co-founder Megel Brown said Facebook’s Slingshot beat them to a wider release that was planned in the fall.

Look got a true Silicon Valley lesson, seeing Facebook launch a rival app with the same key feature that makes users share photos. When a person receives a photo, the message is blurred until they send a photo back, then the images are revealed.

Look had been hoping for a world premiere at TechCrunch Disrupt in September. The app already won a TechCrunch Pitch-Off in Los Angeles, where the startup is based.

Indeed, Facebook’s ultimate target is Snapchat, also based in L.A., which has captured a young audience with disappearing photos. Facebook reportedly tried to buy the company, it’s tried to copy the company, and now it’s trying to out-innovate the company with features like the one it shares with Look.

Look’s experience hasn’t been all bad: Venture capitalists have been calling the company ever since Facebook’s Slingshot first leaked, Megel said. Earlier this month, Slingshot became briefly available on the iPhone before officially launching Tuesday.

“We have been in contact with a major Silicon Valley player about our app after Facebook initially released and pulled their app from the App Store,” he said.

Megel also said they are trying to patent the technology. Facebook did not immediately respond to a request for comment.

It is worth noting that the apps do differ. For instance, Facebook emphasizes the ability to share photos with multiple friends at a time, and Look appears to be one-to-one.

Here is what Facebook has said on its blog:

"With Slingshot, we saw an opportunity to create something new and different: a space where you can share everyday moments with lots of people at once."