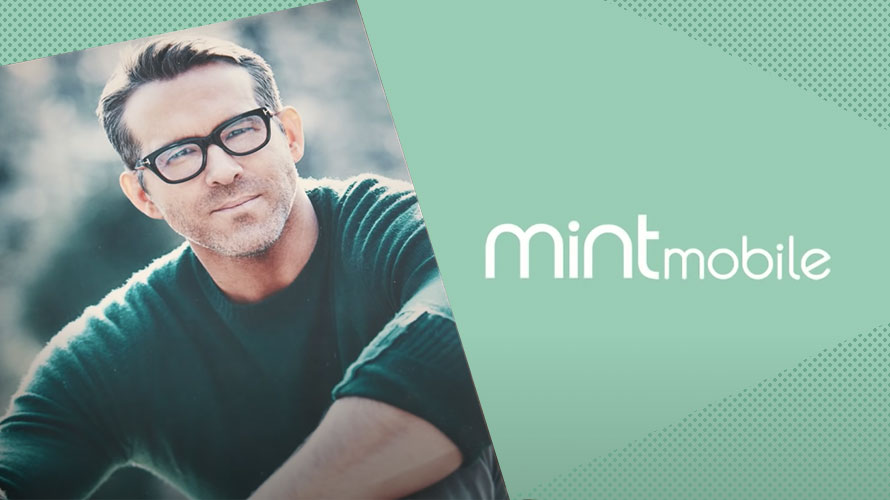 Mint Mobile might not have a big sports stadium in its name, but according to the budget mobile carrier’s new spot, that’s a good thing for customers.
The ad, voiced by Mint’s eccentric owner and actor Ryan Reynolds, notes that the price tag on those stadiums—of which all the major carriers have at least one—must trickle down to consumers. And why would any mobile subscriber want to be paying for a sign on a stadium?
“We wanted to address the gorilla in the room,” said Reynolds. “How can this thing be any good for $15?” Part of that answer, per the new spot, is that Mint doesn’t pay for things like “money suck” stadium sponsorships, retail stores or celebrity endorsements.

Several sports are coming back this month, but without any fans inside the stadiums and arenas (a cautionary measure to prevent the spread of Covid-19), the cost of sponsoring them is looking even more absurd. To point that out and also prove that it stands with subscribers, Mint is sponsoring 15 “home stadiums” instead.
To score one of those sponsorships, entrants have to email a photo of their space to Mint with an explanation of why they’d be a good partner for the carrier (extra points for creativity). The 15 chosen winners will each receive a year-long 3GB wireless service plan and all the ingredients for a bona fide at-home stadium: a big Mint Mobile sign, jersey, pint glass, slippers, rally towel, oven mitt, bottle koozie and hat.
The callouts have become something of a theme in Mint’s advertising since Reynolds purchased a majority share in the company last November. For the Super Bowl, Mint released a pointed statement on the cost of Big Game advertising. Instead of an ad, Mint opted to give away three months of free service to anyone who signed up during the Super Bowl.
In March, Reynolds left voicemails for all Mint subscribers to announce that the company was giving everyone unlimited data as a way to support them during the pandemic. In May, Mint dropped an ad in the form of an incoherent, yet hilarious PowerPoint presentation.
Despite a pretty consistent stream of his trademark brand messaging, Reynolds said he’s not trying to rush Mint’s growth. After he bought Aviation Gin in 2018, it “evolved into a ‘hot’ brand over a one- to two-year period,” he said. “We’d like to see the same strong momentum with Mint in a similar timeframe. There’s so much more frustration in the wireless industry. It will be fun.”
As far as a collaboration between the two brands, Reynolds didn’t rule out the possibility. “Both companies already have a ‘Don’t Aviation and Mint’ policy to guard against drunk texting/calling, and there is certainly a world where we bring that message to a larger audience,” he said.
The new spot was created by Reynolds’ production company Maximum Effort.