You didn't really think he'd be going anywhere, did you? 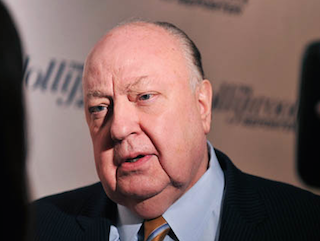 Thanks to a new contract, Roger Ailes and Fox News will be together for a long time. How long, exactly, is anyone’s guess. Fox News didn’t specify the length of the new contract or how much Ailes was getting paid.

Ailes’ previous contract was set to expire at the end of next year, and after Rupert Murdoch announced that he was stepping down as CEO of 21st Century Fox, there was some speculation about Ailes’ future. That was odd, considering how Ailes has been the driving force behind Fox News’ success. In a statement, Murdoch acknowledged Ailes’ impact.

“Nearly two decades ago, Roger took a bold idea rooted in the belief that there was room for more choice in cable news, and—much to all the naysayers’ surprise—through his development of vibrant programming and talent, created a behemoth of a business with one of the most passionate and engaged audiences in the history of television news… Lachlan, James and I are delighted that Roger will be leading key businesses for us and our shareholders for years to come, and he has our unwavering support.”