Robert Siegel Is Stepping Down From All Things Considered Next Year

He's been co-hosting the show for 30 years 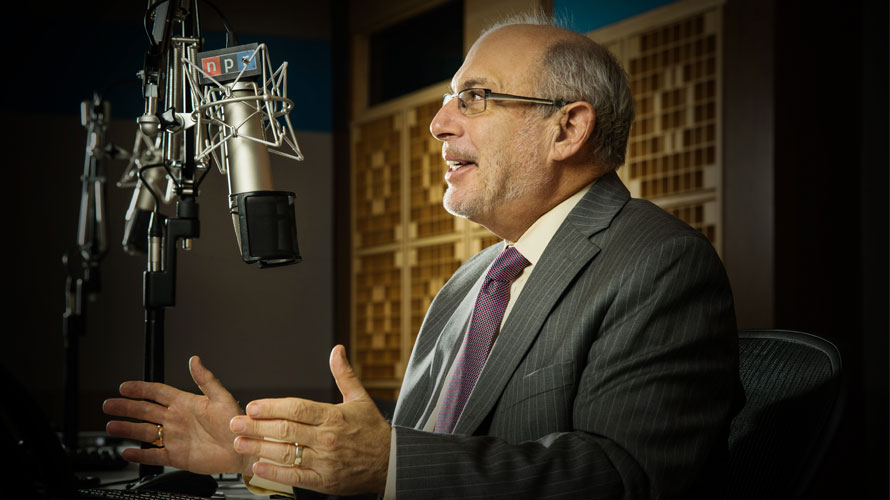 For listeners of NPR’s All Things Considered, hearing Robert Siegel’s voice on the program has long been a constant; Siegel has been co-hosting the flagship show for three decades, part of a career at NPR that began in 1976. But Siegel’s time as co-host will be coming to an end by January 2018, when he will step down from ATC.

“This is a decision long in the making and not an easy one,” he said in a statement. “I’ve had the greatest job I can think of, working with the finest colleagues anyone could ask for, for as long a stretch as I could imagine. But, looking ahead to my seventies (which start all too soon) I feel that it is time for me to begin a new phase of life. Over the next few months, I hope to figure out what that will be.”

In a statement from NPR svp and editorial director Mike Oreskes, vp of news programming and operations Chris Turpin and ATC executive producer Carline Watson, the trio called Siegel a “consummate student, a person whose quest for the answers has benefited millions upon millions of listeners over the years. He is for all of us, a model of how to be fully engaged in the world, our work, and with his colleagues.”

Before joining ATC, Siegel’s roles at NPR included newscaster and editor. He also opened NPR’s London bureau in 1979 and served as senior editor there, followed by a stint back home as director of the News and Information Department, where he oversaw, among other programs, All Things Considered before ultimately becoming a host in 1987.

“Robert is not someone who seeks the spotlight,” wrote Oreskes, Turpin and Watson. “But we can’t let him shift his role without at least a little fanfare inside NPR and with listeners. We’ll be planning ways to celebrate and thank Robert for all his contributions at ATC in the coming months.”

There will be a national search for his successor, who will be part of a current hosting team that includes Audie Cornish, Ari Shapiro, Kelly McEvers on the weekday show and Michel Martin on the weekend version.