Social media influencers are a hot commodity and the storytellers of our culture. 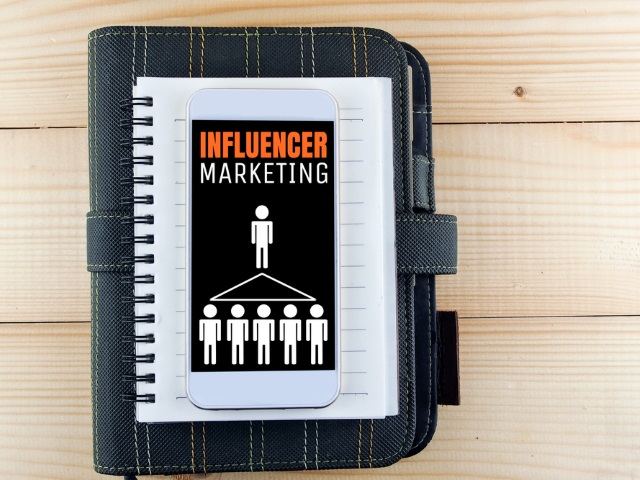 Social media influencers are a hot commodity and the storytellers of our culture. Whether it’s a catchy phrase such as this winter’s phenomenon of “Damn Daniel” or one of my personal favorites, the ultra-memed “Suh Dude,” these modern day celebs transcend the digital world and culturally seep into our day-to-day life.

At PopShorts, as a content and influencer marketing agency, it’s our job to spot and build relationships with talent. And each social platform consists of a myriad of different personalities, styles and well, online “swagger.” We know it is challenging for brands to decide who should represent them, so I wanted to shine a light on a few influencers that are wizards at creating engaging content.

Nicol Concilio is the beauty and lifestyle guru to watch. What really drove Nicol’s meteoric rise on social stems from her impressive beauty skill set, her posting consistency and her educational yet laid-back content style. She is at a unique point in her career where she is beginning to welcome brand collaborations and is building relationships with ones that extend beyond a quick shout-out. Cosmetics brands that have already tapped into Nicol’s influence include Benefit and Smashbox. Follow her here.

Matt Bellassai is that guy who says what everyone else is thinking. As a former writer at BuzzFeed, Bellassai transcended the role of content creator by transforming into the host of a video series disguised as a complaint session called: “Wine About It.” He fostered a slew of engaged fans by sharing relatable rants about why we all can’t stand that guy in the office or about how we’re so over Instagram food porn. Matt is a natural behind the camera, so I was surprised to see that his content was sponsor-free; Crate & Barrel wine glasses or Franzia boxed wine could have turned into the stars of the segment. Since gaining Facebook famedom, he’s left his BuzzFeed post, but we’re all awaiting his next hysterical video.

Nick Colletti is one of the creators of the Suh Dude Facebook video meme, now at 9.3 million views. Originally a force on Vine, Nick has developed a solid brand for himself, and he has blown up on Facebook by creating hilarious long-form video content with his co-conspirators, musicians Dillon Francis and Getter. Although Nick is a relatively new face, he is the comedic voice for tomorrow’s generation of performers. With his travels and behind-the-scenes looks into the life of a professional performer, Nick can offer the brand marketer audience a fountain of original experiences and exclusive access to a world that many millennials appreciate.

David Infante is no stranger to the Snapchat platform. In fact, this writer handles Thrillist’s Snapchat channel regularly, rolling out content that aligns with the site’s editorial style. In having recognized the value of immersive storytelling, Infante (also known to his fans as UncleDad) utilizes his personal channel to take fans through the quirky intricacies of his daily routine, taking his followers on a “Commute Cast” and documenting his morning excursion to the office. He often snaps photos of garbage and fire hydrants–things that he says, sarcastically, “align with his brand.” Psst, Glad: Could David be your next trash bag brand advocate? He’s not to be missed: @Dinfontay.

Hannah Bronfman uses the Snapchat platform to give followers a “snapshot” of her enviable life. Millennials can oogle over this DJ’s healthy food concoctions, her perfectly topical manicures (often reflecting Kanye’s new album art or the 2016 election) and her workout sessions with fiancé Brendan Fallis. She’s transformed her personal brand into a lucrative business by using social media platforms alone, but this New York City socialite really thrives by Snapping. Regardless of the vertical, Hannah has a uniqueness that marketers have and should continue to look into. Airbnb, this jetsetter could take your social content to even higher heights. @hannahbgood.