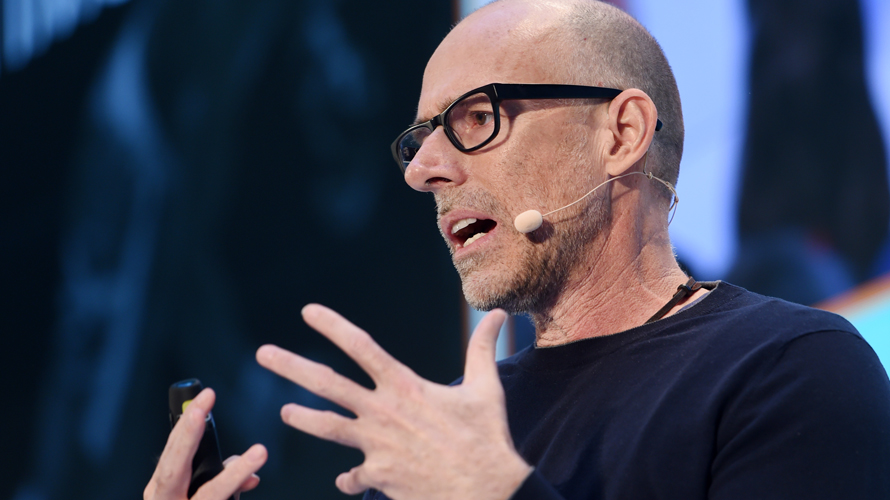 Scott Galloway chatted with Adweek ahead of his talk at NexTech. Getty Images

Big Tech will face new scrutiny on July 27 when the CEOs of Amazon, Apple, Facebook and Google appear in front of the House Judiciary Antitrust Subcommittee.

But those conversations may not be as productive as critics of those platforms hope, according Scott Galloway, a professor of marketing at New York University’s Stern School of Business.

Adweek caught up with the author and entrepreneur to discuss how the Covid-19 pandemic has made these companies even stronger and what could be next for intervention.

How do you think this hearing will compare to Facebook CEO Mark Zuckerberg’s testimony before Congress a couple years ago?
Galloway: Big Tech has negotiated rules and engagement that favor them. It weakens the entire experience, or makes the experience less effective or less revealing. It’s safety in numbers. They shouldn’t have done all four at the same time. To call in all of Big Tech is a bit reductionist—the issues facing Apple are different than the issues facing Facebook.

The biggest winners here are [Apple CEO Tim] Cook, [Amazon CEO Jeff] Bezos and [Google parent Alphabet CEO] Sundar [Pichai] because the majority of the ire will be saved for Zuckerberg. This was a mistake. Now, it’s going to be a bit of a food fight. We’re going to have to change gears so much that the public will never get a clear signal.

I think it’ll be interesting; good theater with all famous celebrities. But, in terms of actually getting to the root cause or making any progress, it’ll be more spectacle than historic.

Do you think the conversation has evolved since Zuckerberg testified in 2018?
We need the legislators at the antitrust phase, and we should’ve come to it five years ago.

There will be a couple unscripted moments, and that’s why these things are powerful. Where the rubber meets the road here is not in these hearings, but the Department of Justice and the FTC [Federal Trade Commission].

Where do you see tangible, fundamental intervention taking place?
I’m not sure I do. If you can tell me who gets elected in November…

I feel that, essentially, Zuckerberg and [President Donald] Trump have entered into an unholy alliance. Facebook has said we’ll continue to let Trump weaponize the platform and, in exchange, Trump will keep the FTC and DOJ dogs at bay. If Trump gets reelected, I don’t know if anything is going to happen. If [Joe] Biden does get elected, we’ll probably see regulation by the end of 2021.

What do you think of the big-name brands boycotting advertising on Facebook this month?
It’s heartening and admirable that big companies have boycotted Facebook, and the symbolism is much greater than the financial impact.

Granted, this is a glass half full [view]. They’ll pretend to make some changes, but Facebook has a lot more power on the advertisers than they have on them. That’s the danger of the monopoly. The monopoly doesn’t have an incentive to respond.

It’s just more spectacle. The hearings, the boycott, this is literally pissing into the ocean.

How has the Covid-19 pandemic affected these players?
It has highlighted the problem, an accelerant instead of a change agent. If you look at Big Tech, the general feeling is these companies were performing incredibly well in good times and would be especially vulnerable in bad times. The exact opposite has happened.

They’re responsible for all the gains this year. The safe place to put your money is in a monopoly, or in a company that’s too big to fail. These companies are doing what they’re supposed to be doing: They’re keeping regulators at bay, they’re acquiring companies that are threats or putting them out of business. It’s great to work at Apple or be a shareholder; it’s just the rest of the economy that sucks.

What do the next 10 weeks look like?
I don’t know.

We are really moving toward such a dramatic [moment]; all the “haves” and “have nots,” and the “winner take all” dynamics that we were getting worried about have become full-blown. Wealthy people don’t like to say this aloud, but they’re living their best lives right now.

There’s the wealthy who get to spend more time with their kids, and the bottom half who has to put themselves in harm’s way because they couldn’t work from home. The wealthy are wealthier and happier, and the poor are poorer and sicker.

We have gone from an unhealthy economy to a dystopia in 10 weeks. Because we have a pandemic and someone who has adopted bigotry as their platform, it creates this enormous distraction. This is a low point.

At the beginning of this crisis, I was hopeful it would make us more empathic, but it seemed to have moved us in the opposite direction.
All the government action isn’t around coordinating a unified response, but flattening the curve for rich people. Governors are blaming each other for their different responses and the politicization of masks. Every ugly thing that was predicted about capitalism by [Karl] Marx and other philosophers, we seem to be proving them right.