#PRFail: Safeway Suspends Worker on his Last Day of Employment 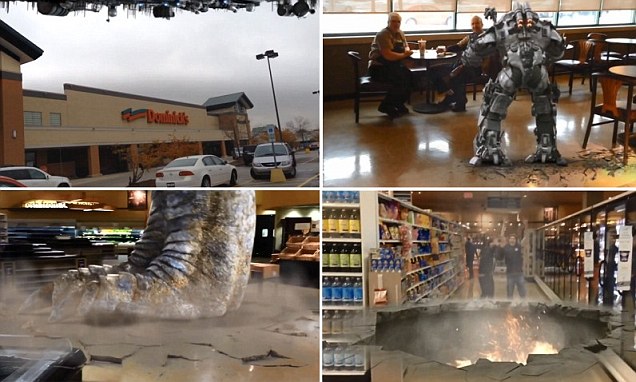 While we were out last year getting prepared for tomfoolery and New Years Eve shenanigans, there were a few (former) Dominick’s grocery store employees were sprucing up their resumes. According to the Chicago Sun-Times, the Safeway-owned grocer came to the conclusion right before New Years that its 72 stores in the greater Chicagoland area were the “lowest-performing of Safeway’s business division.”

So, Safeway fired 6,600 people. Happy @$%&’n New Year, folks. While that’s sad, Safeway and Dominick’s forgot that some employees may get miffed about such a thing. And this time, the minions got the last laugh while Safeway ended up with mud smeared in its face. Click on the jump for the clean up on Aisle 9.

Meet Steve Yamamoto, one-time disgruntled employee of Dominick’s grocery store in the Glen Ellyn suburb of Chicago, who is now a viral legend for dropping trow on the entire corporate chain. What he did forced Safeway to do something completely stupid — but fun for us infatuates of the #PRFail.

When Yamamoto got the news that he and 6,700 of his closest Dominick’s friends in Chicago would getting a pink slip right after the holidays, he didn’t go postal in the produce section. He did something so much better that it caused corporate to force Dominick’s to suspend Yamamoto on his last day of employment. Stay classy, Safeway.

Handle angst like professionals and this goes nowhere. Scratch a guy out of his severance and refuse to answer calls from the No. 3 media market in the country, and you get pimp-slapped by social media. Why the big brouhaha? This so-very-delicious YouTube video. As you watch this video, light a candle for Steve and the thousands of people Safeway put out before 2014.

And for that? A pleasant Happy New Year to you, Safeway (and thank you, Steve).