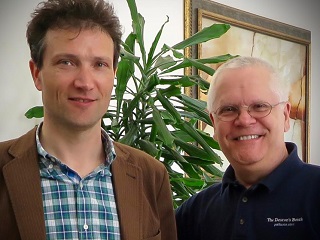 This is quite fascinating.

During a recent visit to Rome, Greg Kandra, a Roman Catholic deacon in the Diocese of Brooklyn, met up at his hotel with Sébastien Baillard, a reporter for French Catholic daily La Croix. Topic #1 was the Jubilee of Mercy; topic #2, at Kandra’s behest, was Pope Francis.

Baillard, who writes for French Catholic daily La Croix, scored a recent exclusive interview with the Pontiff, together with his editor in chief Guillaume Goubert. Kandra was curious about that experience and among the things he learned from the French reporter was:

“As a journalist we always want to be able to predict, to say what is going to happen. With this pope, you have to accept that you don’t know where you’re going and you’re going to be surprised, in a good sense. This pope has always something new to tell us.”

“For example, when he creates cardinals. The cardinals themselves do not know beforehand that their name is going to come out. And so I remember interviewing all the new cardinals at the last consistory, and asking them how they discovered they were cardinals and they said, ‘Well, I heard it on the news or my sister saw it on TV and told me.’ So they’re surprised themselves.”

Pope Francis’ decision to bring Syrian refugees back to Rome was equally surprising to the papal press corps. Baillard says a scant 24 hours notice was given.