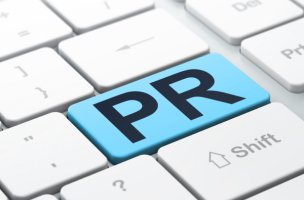 So, you’ve got an exciting story that you think is just perfect for the media: a client’s new product, a huge acquisition, an industry-shaking study… something spectacular.

Twitter can be a huge boon to PR folks looking for ways to reach out to journalists and publishers with a story idea, as long as it’s used right.

1. Build a strong brand first
To get the best results from your Twitter pitches, you want to make sure you have already built up a strong brand on Twitter.

Your brand should reflect values of trustworthiness and authenticity, so that your pitch is accepted as credible.

But if you’ve already established yourself as a conscientious tweeter who values building genuine relationships on Twitter, your pitch will be much more well-received.

2. Pitch directly to the individual

Whenever possible, find the journalist or blogger who you think will be most interested in your story and pitch directly to them, not their publication. You have no idea who is manning the generic publication Twitter account, but it’s a pretty good bet that the journalist is actually the one behind hers.

If you are able to develop a Twitter relationship with top journalists in your industry before pitching them your story idea, that’s even better. They’ll be much more receptive to your pitch if they already know who you are.

3. Don’t be shy about pitching publicly

You could email the journalists your pitching to (and in some cases, you should), but if you’re using Twitter, really use it – make your pitches as public as possible.

If you’re sending @replies and direct messages to journalists, you could be missing out on some unexpected publicity. These mechanisms aren’t seen by as many users, so other journalists who aren’t on your list – but who just might be interested in your story – won’t see them.

When tweeting to a journalist, consider putting a period before the @username like this: “.@username”. This will ensure that more of your followers see the tweet, and could put you on the radar of interested parties.

Twitter offers you a glimpse into the mind of the individuals you’ll be pitching, so don’t put this to waste. Do a little research before tweeting story ideas.

Check out the recent tweets and interactions on their Twitter account, and even scope out their other social profiles. Some journalists are very receptive to social media pitches while others abhor them, for instance – knowing this before you send your pitch is very valuable.

If you didn’t hear a “yes” or a “no” from a particular journalist, don’t write them off: use Twitter to follow up and see why they didn’t respond.

You might be surprised to learn that he simply didn’t see your first tweet, and that yes, he would be interested in getting your full press release. Or, worst case scenario, you get ignored again. No harm done!