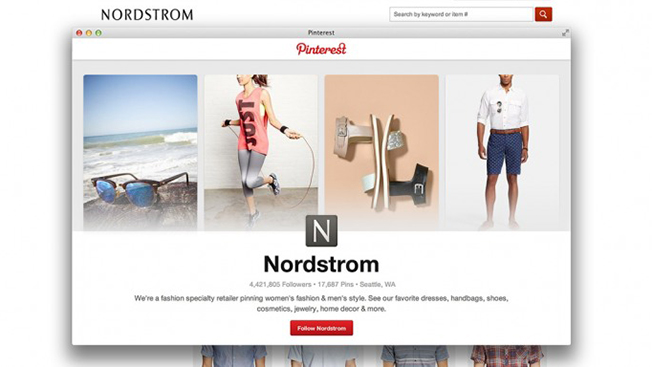 Pinterest has tweaked the popular "follow" button that marketers employ on their e-commerce sites. The social pinning platform aims to make it easier for consumers to follow a brand’s page—no longer requiring them to leave a marketer's website to do so.

ModCloth, Wayfair, Whole Foods and GoPro are testing the feature, which prompts a pop-up window when someone clicks on the follow button. The window pulls in the brand’s latest pinned products, letting consumers get a preview of the company's content without having to click through to follow a brand’s page. The feature is automatically rolling out for marketers who already have a follow button. Marketers who don’t already have a follow button can build one and drop it into a website.

While the newest version of the follow button is not a ground-breaking development for retailers, it is an interesting example of how Pinterest has been ramping up its services to help marketers pack their e-commerce sites with more social content over the past year. The San Francisco-based tech player can only hope follow buttons become as ubiquitous as Facebook's like button.

In November, Pinterest rolled out its API so that retailers such as Zappos and Walmart were able to highlight Pinterest pins directly on their websites. Target even took the API a step further to roll out a section on its site called Awesome Shop that acts as a hub for the most popular products on Pinterest and Target’s website.