Another Restaurant Critic Ditches Their Anonymity 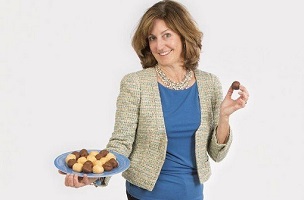 Richard Abowitz, who oversees entertainment matters at central Pennsylvania newspaper The Patriot-News, shared an important announcement today. It amounts, basically, to this is what our restaurant critic looks like.

Mimi Brodeur has been reviewing restaurants in the area for several decades. That, explains Abowitz, as well as the evolution of the Internet, has a lot to do with today’s byline photo-updating:

Over the years, Brodeur took pains to remain incognito. Her photo never accompanied her byline. She avoided making reservations under her real name. And she was discreet while taking notes on her meals.

But after 20 years in a community the size of ours, many folks in the restaurant industry have gotten to know Brodeur. And anyone who took the time could find her photo on the web. Grappling with that and other realities of the Internet era, it seems time to bring her into the spotlight.

To mark this latest career chapter, Brodeur is taking part in a live moderated chat on pennlive.com starting at noon ET.