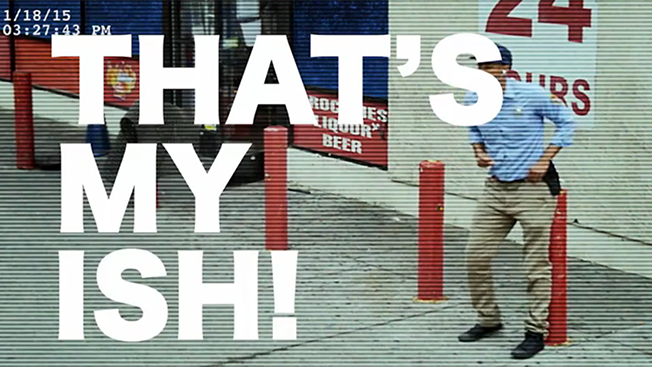 Listening to a long-lost favorite song stirs up crazy emotions, at least in Pandora's new campaign.

Back in December, the music-streaming app launched a new feature called Thumbprint Radio, which compiles all of the songs a user likes (or "thumbs") over the years into a station. Today, to promote the radio station, Pandora launches an advertising campaign with the help of 33 social media influencers that taps into the nostalgia people feel when they hear an old tune.

"The idea specifically around the campaign came from letting people listen to their actual Thumbprint radio station and seeing their reaction from literally getting one song they loved after another that they had forgotten that they loved," said Simon Fleming-Wood, Pandora's CMO.

"People were like, 'Oh yeah. Yeah! Yeah!' That became the core insight behind the campaign: This joy that it was unlocking for people. When someone reaches out and [gives a song a] thumbs up, it captures a little bit of lightning in a bottle."

During a two-hour meeting—a process that Funworks calls a "funworkshop"—a handful of comedians worked with Pandora, Funworks and social media talent agency Collectively to brainstorm the campaign.

"We asked a really simple question: 'What happens when your favorite song comes on?' Everyone had this pure, emotional response—some people were yelling, 'Turn that shit up,' or 'That's my jam,'" said Paul Charney, CEO of Funworks. "It was a very pure moment. Over these two-and-a-half hours, a lot of ideas were generated, but everyone in the room knew that was the moment."

Charney added that many of the improv comedians Funworks enlisted are "millennials who don't have a filter. You're really going to learn what they think—there's no agendas there."

Each influencer will create four pieces of content—two promoting their own "jam" moment and two encouraging their fans to share their moments.

Take a look at a few of the videos below: