Inks deal with Moat to count display and video promos 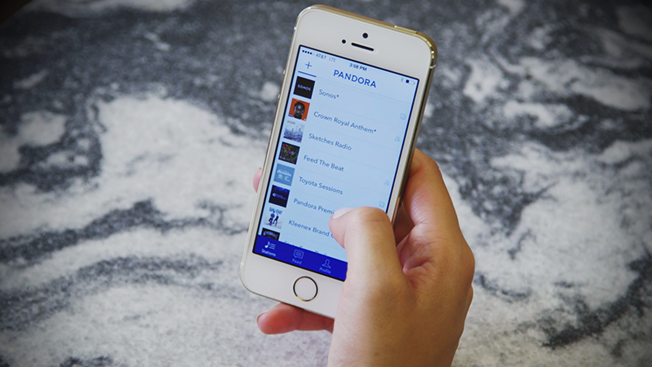 Viewability, the measurement of how effectively digital ads are actually being seen by humans, has been a buzzy topic the past couple of years. But as more advertising moves to smartphones that rely on consumers also hearing a marketer's message, how many people listen to audio ads? Pandora wants to find out.

First of all, Pandora and digital analytics company Moat have inked a deal to measure viewability within the music-streaming service's app and website that promises advertisers they will only pay for in-view ads that meet the standards of both the Media Rating Council and individual marketers like WPP-owned GroupM, which sets its own, often stricter requirements for publishers and media companies.

The viewability standards apply to all of Pandora's display and mobile inventory bought using a cost-per-impression model. However, it does not cover the company's engagement-based sponsored listening ad product that lets advertisers pay for one hour of ad-free listening.

Lizzie Widhelm, Pandora's svp of ad product strategy, said the company's been testing mobile viewability with clients including GroupM and Volvo over the past 18 months and is part of a bigger plan to measure ads based on other factors like audio and time spent. Starting its viewability efforts with its app was particularly important for Pandora since 91 percent of the company's 85 million monthly unique users listen on smartphones or tablets.

"The ability for real people to see ads is one signal, and a very important signal, in understanding effectiveness," Widhelm said.

Moat's CEO and co-founder Jonah Goodhart said its work with Pandora is one of the first instances in which advertisers will actually transact based on the metric instead of just measuring viewability to gauge how effective a campaign is.

He added, "In that sense, the ad server is a little less relevant because we're not really focused on served impressions anymore. It's more focused on the actual billing count and what gets invoiced based on, which is the Moat number."

Chris Record, vp of revenue operations at Pandora, added that audibility—which would measure how long someone listens to one of the publisher's radio-like promos—will likely follow similar standards to those used for viewability.

"It's more conceptual now, and I think the biggest discussion in the market is around audibility against video offerings, but since Pandora is an audio platform, it's likely something that we'll drive innovation around in the future," Record said. "We would really want to dovetail off of the audibility measurement for video and offer something that the market understands or can quickly relate to. We've had discussions and plans with Moat to bring that to market."

For example, a piece of technology or code could be integrated into Pandora's advertising software to determine whether a consumer listens to a commercial in its entirety. It could also check to make sure a device's volume was turned on and whether earbuds were plugged into the headphone jack.