Opinion From a Gen Z: Facebook, Congress and the Generation Gap

Opinion: Lawmakers failed to take advantage of their opportunity 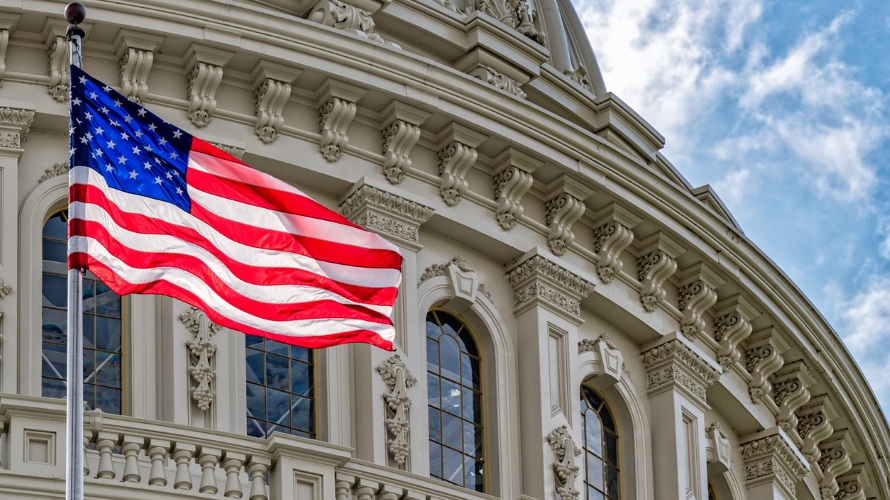 It’s probable that regulation will be necessary at some point to address the real issue
izanbar/iStock
Share
By Dari Kreitenberg
|
May 4, 2018
Share

The recent Facebook congressional hearings felt similar to trying to explain to my grandmother that she doesn’t need to share my profile picture on Facebook and write, “Look at my beautiful granddaughter!” Jeez, Grandma: You can just like it.

While memes of out-of-touch senators and op-eds from baby boomers to millennials expressing their opinions about privacy in the digital age are everywhere, it seems like we’re missing the opinions of those who were born in the digital age and grew up with social media: Generation Z.

Born in 1995, I belong to Gen Z, which means I am a part of a generation of which 88 percent of us are active on at least one social media site on a daily basis. We spend an average of 10 hours per day online, and 40 percent of us say that access to Wi-Fi is more important than working bathrooms. 91 percent of us have our digital devices with us in bed in the evening. 85 percent … OK, you get the point.

We are the most web-savvy, application-obsessed generation, yet no one seems to care about what we think. Why is that?

While watching the recent House and Senate Committee hearings on social media privacy, I couldn’t help but cringe every time a representative or senator asked what I felt was an obvious or misinformed question. All I could think was that we are seeking a solution to a highly complex 21st century problem from a generation of people who may not be the most technologically adept.

I recently started working in the tech space, so I’m sympathetic to the challenges that come with the industry’s rapid evolution and complexity. But at the end of the day, can a congress that hasn’t the vaguest idea how these apps function fix a problem they don’t understand?

Overall, when it comes to the issues we face in digital data and privacy, federal lawmakers barely grazed the tip of the iceberg. There is no doubt in my mind that Congress was well-intentioned. But, let’s face it: Many representatives and senators are in their 70s and 80s and simply do not have the expertise or experience to address one of the toughest questions in the history of technology.

Rather than get into the nitty gritty of Facebook’s data transparency issues, some of our elected leaders hit CEO Mark Zuckerberg with questions that indicated a complete lack of understanding of the subject matter and the problem that they claimed was the purpose of the hearings. We’re talking about everything under the sun, from, “Why are chocolate advertisers stalking me?” to, “So, how do you sustain a business model in which users don’t pay for your service?” (Hint: It’s ads).

Even Sen. Brian Schatz (D-Hawaii), who happens to be only 45, wanted to know, “If I’m emailing within WhatsApp … does that inform your advertisers?” Ugh, no. “I can’t listen to this anymore” is what I felt as my head dropped into my hands. It was shocking to me that Congress was completely unaware that WhatsApp is not an email platform.

In a misguided attempt to essentially call Zuckerberg a data privacy hypocrite, Sen. Dick Durbin (D-Ill.) asked, “Would you be comfortable sharing with us the name of the hotel you stayed in last night?” He continues, “If you’ve messaged anybody this week, would you share with us the names of the people you’ve messaged?”

“Senator, no, I would probably not choose to do that publicly here,” Zuckerberg responded.

Durbin tried to compare Zuckerberg’s disclosure of his housing accommodations on national television in front of millions of people to the data Facebook acquires and accumulates on its users. He neglected to understand that personal information on Facebook is provided by the user, who controls the level of visibility of that information.

We add photos, albums and statuses to the platform and choose to trust Facebook and our friend list with that information, not the millions of people watching national television. Maybe our implicit trust in Facebook is unjustified, but it’s far more likely that millions of viewers could use public information in a nefarious way than the leader of Facebook. Durbin’s implied comparison is neither justified nor realistic.

I got a little more hopeful when Sen. John Kennedy (D-La.) came for blood. He blatantly told Zuckerberg that “his user agreement sucks” and asked, “Are you willing to give me control over my data?”

However, he then continued to question Zuckerberg for five minutes about privacy features that Facebook already has in place. This was a missed opportunity to confront Zuckerberg on the real issues involving Facebook and transparency. Many people are unaware of Facebook’s privacy policy or the way it handles user data (my generation included) because of a basic lack of interest in such policies.

And this is where the conversation comes to a head: Do Gen Zs really care about privacy?

As a Gen Zer, who was raised in an ever-changing digitized world, I can honestly say that many people my age have a different notion of privacy, the inner workings of Facebook’s privacy policy and its use of our information for targeted ads. We are a generation that covets immediacy, accessibility and instant gratification. Even more so, based off the way we live our lives, I think it’s safe to say that we believe that by virtue of using these platforms, we relinquished our right to privacy long ago.

As tech-natives, we are comfortable sharing personal moments through media. However, we still prefer a greater sense of control over who sees our data and for how long.

It makes sense why Gen Zers prefer Snapchat over Facebook as their top social media outlet. Snapchat offers a greater sense of privacy in that photos and videos are ephemeral and are only shared with close friends. Most people aren’t Snapchat friends with their bosses, parents or principals, which makes it acceptable to post that epic video of a best friend projectile-vomiting at 4 a.m. My generation chooses to keep what they share within their immediate circle.

Unlike Congress and much of the baby boomer generation, Gen Zers are aware of and know how to use the privacy controls that these various social media platforms offer. As a result, my generation picks and chooses the platforms with which we are comfortable and activates settings that establish the level of privacy protection we seek.

Let’s talk about targeted ads. Many of us don’t think twice when we see a Facebook ad for those black leather boots we wanted to buy yesterday. Zuckerberg has revolutionized the advertising arena and developed a system where advertisers are able to reach an audience that is more likely to be interested in their product.

Sure, it’s a little creepy, and it may feel like our computers know way too much, but at its core, it’s convenient. As much as you want to rail against Facebook for providing your data to third parties for advertisements, you must admit that the last thing you want to see is an ad for hemorrhoid ointment that has zero relevance to you. Zuckerberg was right about one thing: Advertisements alone are annoying, but advertisements that serve no interest to us are really annoying.