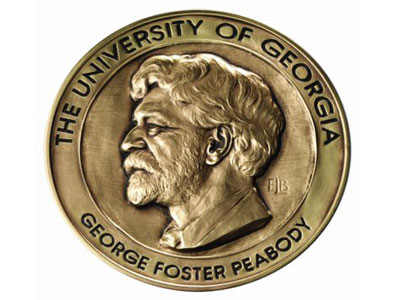 While the 74th annual Peabody Award announcement rollout continues, NPR and Scripps Washington bureau are the DC-based organizations chosen as winners in the News and Radio category.

NPR won two Peabodys this year, one for Gangs, Murder, and Migration in Honduras, an hour-long report from its weekly Latino USA program, and a second for its in-depth series Reporting from the Frontlines: The Ebola Outbreak, a story that NPR covered well ahead of other media organizations. NPR was a DART Award finalist for that same coverage.

Scripps Washington Bureau won for Under the Radar, investigative correspondent Mark Greenblatt‘s look into military personnel identified as sex offenders who, as the title implies, are able to live as civilians without having to register publicly as offenders.

The full list of winners can be found here. The final group of winners, for documentary, Web, PSA and educational and children’s programming, will be announced Thursday. This year, the May 31 award ceremony has been glitzed up, morphing from a lunchtime affair into a red-carpet dinner at New York’s Cipriani Wall Street, hosted by Fred Armisen. The event will air on Pivot TV.