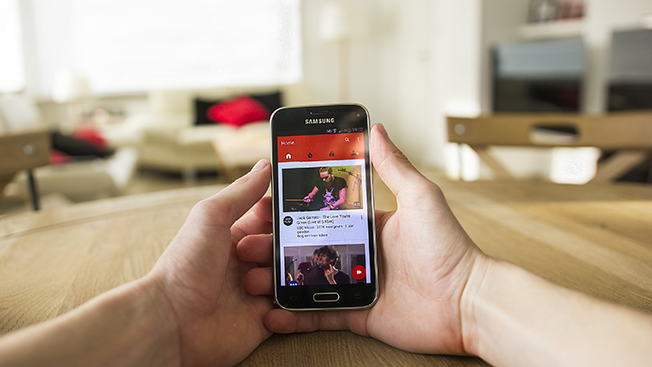 YouTube and TV—two competing mediums fighting for the same eyeballs and advertising dollars—might actually be able to find common ground.

A Nielsen case study commissioned by Google found that TV reach seems to drive YouTube engagement, and in turn, YouTube engagement drives TV reach. In other words, according to the report, people who view a TV program's content on YouTube are more likely to tune in to the actual show. Because of that, as TV audience increases, so does YouTube viewership.

According to Nielsen, digital advertising in the U.S. has been rising 15 percent every year since 2012 with no signs of slowing down. (In fact, according to eMarketer, digital ad spending will surpass TV as soon as next year.) But the seemingly symbiotic relationship could be a sign for advertisers that both mediums might be better than just one.

"The notion that YouTube can bring new people into a show while also keeping current fans connected presents a big opportunity for both programmers, as well as advertisers, who seek to capture audiences whenever and wherever they watch premium content," said Jonathan Zepp, Google's head of North American partnerships for YouTube.

To conduct the study, Nielsen evaluated 30 TV shows—including genres such as comedy, competition, drama and talk shows—while analyzing historical data from YouTube and TV currency data from Nielsen's own sources. Researchers then looked to see how the two formats moved in relationship with each other apart from promotions, seasonality, brand effect and show engagement. Researchers also studied habits of those who watched TV content on YouTube and compared it to those who didn't.

The results were "significant," according to the case study of Nielsen's findings. For example, there was an 18 percent increase in tune-in on TV for leading talk shows amongst an audience that watched YouTube content of the shows.

"As digital video viewership continues to grow on platforms such as YouTube, advertisers, agencies and TV programmers have an opportunity to leverage the connection between digital views and TV audiences," according to Nielsen's report. "Nielsen's research shows that YouTube engagement through views and uploads is connected to TV reach or bringing more people to trial the show, and in general playing a part in keeping viewers connected to the TV program."

That's not to say everything is destined to be all rosy. In fact, the digital giant has been increasingly at odds with its linear ancestor. In May, Time Warner Cable pushed back on YouTube's claim that it reached more mobile viewers between the ages of 18 and 49 than any TV network. Days before that, Magna Global announced its plans to spend $250 million on YouTube advertising to become Google Preferred's biggest upfront deal yet.