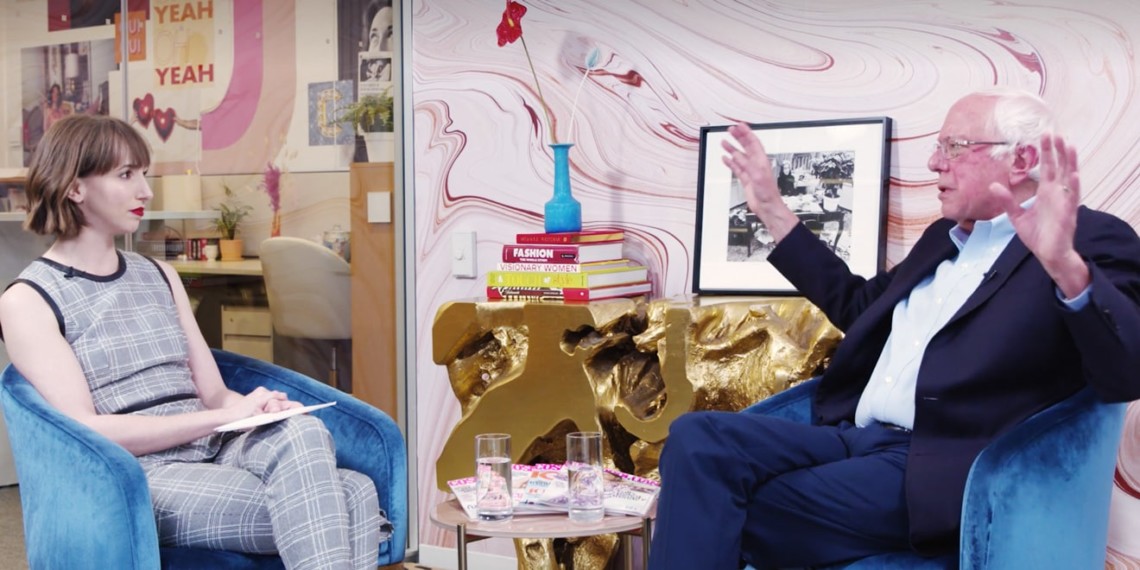 Cosmopolitan is going live with a new video series executives hope will satisfy its audience’s interest in politics before the upcoming 2020 presidential election.

The series, called The Candidates Come to Cosmo, recently featured Bernie Sanders and Cosmo’s editor in chief, Jessica Pels. The two sat down to discuss a range of topics, including climate change, gun control and reproductive rights.

“We believe the candidates should know what young people and particularly young women want to see happen in this country so that they can make those changes,” Pels said in a statement. “Their concerns deserve to not just be heard, but addressed.”

Cosmo claims to reach 81 million readers, many of which will be eligible to vote in the upcoming presidential election. The Hearst brand, in internal polls, found that 73% of its readers were planning on voting in the upcoming election.

The video with Sanders also touched on light-hearted moments, like the candidate’s dream vacation, his rising astrology sign and his favorite Ben & Jerry’s flavor, which happens to be Cherry Garcia.

“Our current president has proven that demeanor makes a big difference in a leader, and video is a great way for our audience to get prime exposure to what a candidate is like off the debate stage and the speech stump,” Pels said.