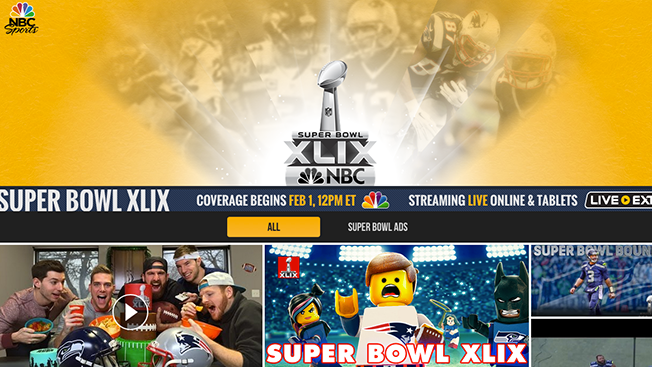 Plenty aware that one of the biggest draws of the Super Bowl is the ads, NBC Sports Digital is launching a Tumblr to host all the Big Game's TV spots immediately after they air.

"We recognize that Super Bowl TV ads are must-see content for many viewers, and we're thrilled to connect our digital audience to the spots in a seamless manner immediately after they air on television," Rick Cordella, NBC Sports Group svp and gm for digital media, said in a statement. "Tumblr is a visually rich, social-friendly platform that is perfect to showcase the Super Bowl TV ads. We are optimistic this experience will be the first step in creating a more robust NBC Sports destination on Tumblr."

Currently, the Tumblr hosts NFL-related images, GIFs and memes, but it will switch over to more ad-centric content on Super Bowl Sunday. A spokesperson added that because the livestream of the game will have different ads than the broadcast version, NBC Sports thought the Tumblr page would help give the TV spots digital presence.

Yesterday, NBC announced that it would stream 11 hours of NBC content on "Super Stream Sunday" through its NBC Sports Live Extra website or app, part of its "Watch TV Without The TV "initiative.

In addition to the livestream of the game, the network will make Katy Perry's halftime show, the pre- and post-game Super Bowl XLIX programming available for online audiences, and the post-game episode of The Blacklist available on desktop and tablet devices. (NBC Sports doesn't have the rights to stream NFL live content on mobile.)

NBC has been pushing its digital offerings around this year's Super Bowl, and it's no surprise given that digital ad sales for the game have doubled since 2012, according to the network. Seth Winter, evp of sales and marketing for NBC Sports Group and NBCUniversal News Group, said earlier during a press call that it was practically sold out its digital ad inventory around the game, and the network wished it had more assets to advertise around.

For up-to-date info on this year's Big Game advertisers, be sure to check out Adweek's Super Bowl Ad Tracker.