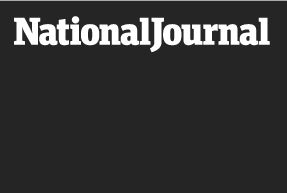 This afternoon, National Journal debuted their “TwentySixteen” podcast — a 20-minute program exclusively dedicate to covering the potential 2016 presidential candidates and their campaigns as the race for the White House slowly heats up.

The weekly podcast — led by hosts, managing editor Kristin Roberts and senior political correspondents Tim Alberta and Shane Goldmacher — will include conversations, interviews, and analysis with new episodes available every Thursday at NationalJournal.com/2016.

“Shane and Tim are smart, well-sourced reporters. They understand politics in a meaningful way, and by that I mean they understand the human side of politics. That’s the story National Journal is telling about 2016 — the story of the candidates, the operatives on the inside, and influential people hiding in the shadows,” said Roberts in a press release. “Plus, we’re funny and we can’t agree on anything, so why not let everyone in on these debates?”

Below are some questions we at FishbowlDC asked the crew of TwentySixteen before their inaugural podcast.

FBDC: What aspect (or aspects) of the podcast’s 2016 coverage should we look forward to most?

Kristin Roberts: Shim (Shane and Tim, who will not know until reading this that that’s what I call them) disagreeing about the strength of Ben Carson’s candidacy.

Tim Alberta: The witty banter between me, Kristin and Shane will be worth the price of admission. (Ahem, it’s a free podcast.) Seriously, I’d say the coolest part of the podcast is that it features three people who genuinely enjoy campaign politics, and bring energy and enthusiasm — and hopefully some expertise! — to the conversation. The subject matter is incredibly important, but it’s also incredibly fun. This is part work, part pleasure. We’ll be discussing the biggest story in the world, and having a blast doing so.

Shane Goldmacher: The idea behind the podcast was to capture some of the conversations we were already having in the newsroom about 2016 and just record them. This is going to be an awesome story to cover and hopefully, we’ll break some some news or new ground every week, or at least help put the craziness of the campaign into context. That, and seeing how often Tim and I get shouted down by our boss.

FBDC: Which potential candidates will be most entertaining to cover?

Kristin Roberts: This is a solidly interesting group of wannabe presidents. So let me tell you who will be the most unentertaining. Imagine for a moment a Walker-O’Malley general election.

Tim Alberta: Chris Christie and Scott Walker — and for very different reasons. Christie’s brash, in-your-face style made him a national star, but when running for president there’s a fine line between outspoken and obnoxious. Christie has to be very careful, as he was in Iowa recently, to project his Jersey-esque authenticity — which has proven appeal to voters — without crossing the line and insulting people. Walker is the polar opposite: mild-mannered, soft-spoken, Midwest nice. Conventional wisdom says these attributes are liabilities for him, but I’m not so sure. Walker has made a career out of lulling his opponents to sleep with his nonthreatening persona, only to outwork them, outsmart them, and leave them wandering how the heck they just lost to that guy. It’ll be fascinating to see if that strategy translates to the national stage.

Shane Goldmacher: I’ve followed Rand Paul around the most so far and he’s just a fascinating character — politically, personally, everything. He’s such a departure from the rest of the field. The 2016 foreign policy debates are just going to be great, and the Koch brothers summit last weekend offered just a small preview.

FBDC: Any special interviews lined up?

Kristin Roberts: Tim would tell you that he’s the special interview every week. We’ll have advisors from inside the campaigns join us, but forgive me please for not telling you who that will be… yet.

FBDC: It’s only January 2015, but who’s gonna to win the GOP and Democratic primaries, and why…? Go!

Tim Alberta: Ben Carson and Bernie Sanders… because of that thing Ronald Reagan said about “bold colors” and not “pale pastels.”

Shane Goldmacher: Democrats may be restive about Hillary Clinton waltzing through the process but that sure looks like what’s happening.

On the GOP side, it’s just still so wide open. As we wrote in the January Hotline presidential power rankings, if you had to bet on any one candidate to win the nomination, versus taking the rest of the field, you’d have to pick “the field.” It’s a deep and talented bunch. You’ve got the last two Iowa caucus winners (Rick Santorum and Mike Huckabee) and the brother and son of the last two Republican presidents (Jeb Bush). And that’s not counting Marco Rubio, Rand Paul, Ted Cruz, Chris Christie and Scott Walker — all of whom are signalling they are running

That’s why they actually run the race and we have the privilege of writing and jabbering about it.