Motor Trend to Launch Magazine Based on YouTube Series

Not the typical route. 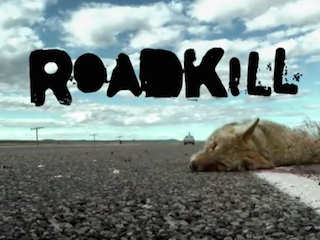 If Twitter can lead to book deals, it makes sense YouTube can lead to magazine launches. The latter is just what’s happening with Motor Trend. The 66-year-old publication is publishing a new magazine based on its popular YouTube series Roadkill.

Motor Trend launched Roadkill in 2012, and it has been a massive hit. According to The Wall Street Journal, the show gets roughly 3 million views an episode. As its name indicates, Roadkill features two dudes doing crazy things with all sorts of vehicles, like driving a tank over used cars, or slamming a car through a pile of trash cans.

The success of Roadkill—especially among young men—gave publisher TEN: The Enthusiast Network (formerly Source Interlink Media) executives the idea to expand the brand. Roadkill magazine will debut in September and be published quarterly. It’ll also cost $9.99 per issue. That’s a hefty price, but TEN CEO Scott Dickey doesn’t see it as a problem.

“We don’t think print is a dying business,” Dickey told the Journal. “We do make a bunch of money in print. And with millennials, they’re not opposed to print. They just didn’t grow up with it.”