How the tipping point affects ads 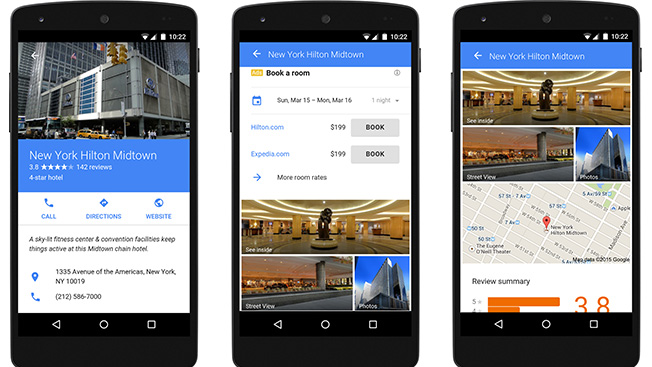 Following years of speculation about the demise of desktop-based search, Google is officially announcing today that for the first time, more searches come from smartphones and tablets than from laptops and desktops.

Smartphones account for more than half of searches in 10 countries—including the U.S. and Japan—according to Google, which didn't release exact percentages or a full list of countries. But it is playing up mobile at its annual AdWords Performance Summit, being live-streamed this afternoon.

"The purchase funnel is officially dead," proclaimed Jerry Dischler, vp of product management at Google. "What we're seeing are these short bursts of activity that we're calling micro-moments. We see the new challenge for marketers is to be there at those moments anytime, anywhere."

With more people searching on the go, how do advertisers respond?

Google's new mobile ad formats are built to stand out in search results at the top of the page. That placement cuts down on the amount of time people spend scrolling through their phones, and the ads pull in data like hotel bookings to make sure information is relevant. Google's targeting three types of advertisers: hotel brands, automakers and retailers.

Here's a quick rundown of how brands are using the new mobile ads:

Google also is beefing up its automated buying tools as more media buying goes programmatic. The Mountain View, Calif.-based company has rebuilt dynamic search ads, which are served up based on website content instead of search keywords. Google claims that 15 percent of searches are new every day, meaning advertisers need to buy more ads on the fly than in the past.

To help advertisers track these campaigns, Google is expanding its location-based tools that a handful of businesses started testing in December. In exchange for sharing location data anonymously for 30 days, Google uses the information to make educated guesses as to whether someone actually visited a store as a result of seeing a mobile ad.

"We've been building on it since December—we expect by the end of the year that this will work for thousands of advertisers in more than 10 countries," Dischler said.